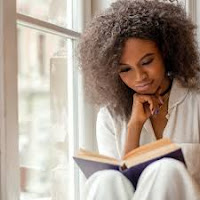 As has become tradition here at Speculiction, I publish two year-end lists: best books I read published in that year (2021's link here), and best books I read regardless of year published. The subject of this post is the latter. Another way of looking at this is: the impression. Which books stand a chance of poking their way through my memory ten years from now? Here are the books which stand a chance:

Frankenstein in Baghdad by Ahmed Saadwi – Warning: do not read this novel taking the title literally. The connection between Saadwi's creation and Mary Shelley's is only conceptual. Set in 21st century Iraq, Frankenstein in Baghdad looks at the presence of the US Army and the variety of local reaction to it. Like Shelley's, Saadwi's is not a political novel. Humanity placed above any present incarnation of global social relations, the monster which takes shape is one wholly fitting to the story's scene.

The Thicket & Paradise Sky by Joe Lansdale – I couldn't just pick one. The Thicket and Paradise Sky are both excellent Westerns. Colorful, colloquial dialogue. Characters that pop off the page. Stories that are anything but predictable. And a 21st century sensibility. If you haven't read Lansdale but are looking for a rich, meaty story to relax into, try one of these. Then be prepared to buy the other. This is Tarantino if Tarantino ever wanted to switch careers to be a novelist.

The Warehouse by Rob Hart – A story for the contemporary era, The Warehouse tells of a woman who gets hired at a massive Amazon-esque warehouse with the mission of uncovering trade secrets for her real employer. The company has its fingers in all areas of business, and even a couple in government, joint-venture projects. The company wields unheard of power, something that the woman slowly discovers just how deep, yet how simple it is. Overall, a great combination of story and (indirect) social commentary.

The Book of the New Sun by Gene Wolfe – This was a re-read, but a re-read that improved my opinion upon the first read. The drapes and doilies are clearly of an epic fantasy cut, but the substance at the heart of the four books is personal, ethical, and ultimately wholly human. It concerns itself with justice and personal responsibility, and the choices we all face in the milieu of life. That the milieu the main character Severian faces is full of singular imagination makes the experience full and rich.

Available Dark by Elizabeth Hand – Second book in the Cass Neary series, this is Nordic noir done proper. Cass finds herself taking a macabre commission: to meet with a Finnish photograph to verify murder scene photos for a potential buyer. When stopping in Iceland on the way home to visit a friend, however, it seems the job wasn't finished. Unexpected developments shaking things up, Cass misses her flight and finds herself stuck deep on the cold island. Superb bedtime reading—so much so you can't go to sleep for want of turning pages.

The Curious Incident of the Dog in the Night-time by Mark Haddon – There are some books which are presented so well as to make the reader dearly sympathetic to the main character. In Curious Incident, Haddon has the reader holding a boy's hand, Christopher Boone, as he tries to figure out who killed the neighbor's dog—the solution also the key to his personal situation. Boone autistic, the reader develops a very special relationship with the boy, one that lingers long after his bittersweet story of family, belonging, and place is told.

Why We Sleep by Matthew Walker – If there are books in life which must be read, no questions asked, Why We Sleep might be one of them. Like Robert Bolton's People Skills, school systems should seriously consider adding relevant material to their curricula. Learning about effective social interaction is rarely taught in the classroom, just as I've never heard about a teacher or professor providing students knowledge on the value of how we spend one-third of our lives: sleep. For self learners and those interested, Why We Sleep is a summary of what we know about the time we spend horizontal and unconscious. It is invaluable.

The Sirens of Titan by Kurt Vonnegut – Kurt Vonnegut was one of the rare writers of 20th century fiction who was accepted by both science fiction readers and the literati. And Sirens of Titan is one of the reasons why, if not the reason. Looking at free choice in gonzo, sf fashion, his tongue-in-cheek intelligence guides readers through this romp of wild and crazy scenes—radio-controlled people, UFOs, and the like making the book's lights blink and flash and its bells ring. Genre can be put to intelligent use, and Vonnegut shows how.

The Shipping News by Annie Proulx – Style, style, style. I cannot say enough about the authorial voice of Annie Proulx's The Shipping News. So much so, the Hollywood adaption of Proulx's novel shows books are not always a medium able to be captured on the silver screen. Proulx's diction the distinctive factor, readers are taken on a real story through Quoyle's life, his reconciliation with meaningless, and how to make meaning.

The Mosquito Coast by Paul Theroux – It's not often that a book manages to create such a realistically sympathetic yet divisive character portrait, and through it make political commentary. That is precisely what The Mosquito Coast does. You will walk away hating yet understanding Allie Fox, and a few days later, pondering how his philosophies in life clash and align with Western economy, culture, and society.

Billy Summers by Stephen King – Billy Summers is a 21st century gangster story, with a side of King that allows the whole to be more than just rehash. Not since Misery has King so effortlessly blended the concept of writing into writing—in this case a story of an assassin on his last job. Nothing can go wrong, right? Summers agrees with you; something could go wrong, so he does what he can to get by. Possibly the most readable book I read the whole year.

Big Dark Hole: Stories by Jeffrey Ford – I will not say Ford is back; I don't think he ever left. But I can say this is some of Ford's strongest writing in years. Aging well, it possesses a subtlety that is more consistent. It features Ford's usual haunts, including semi-autobiographical shorts and bits of paranormal horror, satire and character stories, but all, as usual, are off the beaten path. While I would recommend The Drowned Life or Crackpot Palace as better places to start with Ford, Big Dark Hole: Stories is possibly his most finely tuned collection to date.

The Midnight Library by Matt Haig – Something of a modern version of Dicken's A Christmas Carol, The Midnight Library takes as its center a depressed young woman whose ambitions and dreams have one by one died on the tree of life. Depressed, she decides to end it all, only for the most amazing opportunity to arise. Question is, will she do anything with it? Haig's prose is straight-forward and simple, but still accomplishes a mature tale of a woman attempting to come to psychological terms with herself, resulting in a book both affirming and challenging, depending which glass you happen to see yourself in.

Dinosaurs Rediscovered by Michael Benton - If you are like me, you learned about dinosaurs in school but your knowledge of the big lizards has been only minimally updated or enhanced by random bits of news since. Benton offers such people the gap-filler—what you may have missed in the past couple of decades of research and science in the area of dinosaurs. And in most cases it represents a significant shift from previously conceived notions. Colors, feathers, bone structure, gait, genealogical trees, extinction, size—all of these topics and several more receive treatment in straight-forward, readable fashion. This is for the adult who still has a kid's openness and inquisitiveness about the creatures who ruled Earth for millions of years.

The Feather Thief by Nick Johnson – A piece of non-fiction that reads almost like fiction, Johnson takes a highly unique niche of society (fly tying for fishing), and examines it through history, naturalism, beauty, obsession, and what would be one of the most bizarre crimes of the 21st century if it weren't for the quiet repetition and indirect continuation of it. This is one of those books you never knew you wanted to read until you are nose deep at 2 AM and still unwilling to turn off the bedside light.

Terminal Boredom by Suzuki Izumi – The best book I read published in 2021—at least in English. Originally published in Japan in 1971, this collection of short stories represents the epitome of speculative fiction's potential. Taking alternate/futuristic views to existence while maintaining 100% focus on human existence, each of the eight stories comments on specific yet universal aspects of the human psyche by examining them in interesting settings. An imaginative collection with gravitas, if you are looking for the rich, deep wine of science fiction, this is it.

Godless World trilogy by Brian Ruckley – Another epic fantasy re-read that improved my opinion of the first, Ruckley's world is Scottish highlands in appearance yet Homerian in content and movement (with a tiny splash of fantasy to enliven the proceedings). Grimdark before grimdark was a thing, the trilogy represents a complet, wholly formed idea that clicks like a clockwork of characters from surprise beginning to tragic end.