After almost three weeks in Sri Lanka, I'm back.  The vacation was great.  The kids loved it, as did we, and I hope to post some photos in the coming weeks.  Enjoying everything there was to enjoy, as well as balancing the lives of two small children between fun and order occupied most of my time, and therefore I was only able to read one and a half books.  Matt Hill's Graft was the perfect vacation read.  It's familiar cyberpunk written in clever, off-kilter prose that can be picked up and put down easily.  Review to come.  A day or two before the vacation ended I started Rudy Rucker's Spacetime Donuts, and am still reading.   Undoubtedly I will finish it soon as it's a science fiction ice cream sundae with sprinkles on top.  (If it were a Ben & Jerry's flavor, it would be Shecklian Swirl.)  Ambitiously, I also had brought Iain Banks' A Song of Stone, but didn't get close to cracking the cover...
Posted by Jesse at 9:22 AM 1 comment:

For that thimbleful of readers who may care, there will be a brief hiatus while I go on vacation with my family to Sri Lanka.  I will be traveling with my three year-old son and one-and-a-half year-old daughter, so it should be a lot of fun with animal safaris, tuk-tuks, seafood, playing on the beach, and meeting a people we hope still retains some connection to its cultural roots.

Bored for reading material, have a look at the list of best speculative fiction published in 2017, as well as the list of best books I read in 2017 regardless of year published if you haven't already.  There are some really great books, particularly in the latter list.  Otherwise, be back soon, and hopefully I will find time to post some photos of the vacation.  -Jesse
Posted by Jesse at 9:28 AM 1 comment: 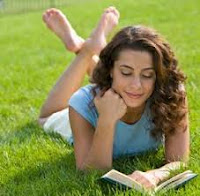 The Summer Isles by Ian Macleod – Ian Macleod is a master-class writer, and The Summer Isles may be his best.  Where George Orwell’s brand of totalitarian oppression strikes a chord in readers for the fear it instills, Macleod delves into the more subtle, realistic side of political tyranny through the story of a disgraced professor in an alternate history England.  Brilliant story—and one that holds numerous parallels to current political practice compared to Nineteen Eighty-four.
Read more »
Posted by Jesse at 9:06 AM 1 comment:

The 2018 season of Starcraft 2 is upon us.  Qualifiers for WESG, WCS, and IEM Pyeongyang are ongoing, January tournament start dates are just around the corner, and the first season of GSL has just begun.  Thus, it’s a good time to look ahead, see what the landscape looks like, ask some question about how the year will play out, and perhaps, just perhaps make a prediction or two.

The biggest change influencing the coming year will be the major patch that occurred at the end of 2017.  Where LotV evolved Starcraft 2 into an entirely new scene, the latest balance update, less so.  It changes (not evolves) the game, and would seem to bring back into the picture certain aspects of HotS.  Without pylon charging and the Mothership Core, Protoss is back to base defense, and potentially less aggressive on the map early-game.  Zerg underwent relatively minimal changes (buffs if anything), but for certain Infestors will be used in greater force, something we saw a lot more of in HotS.  Terran has changes to the Liberator, Raven, Cyclone, etc.—what on the surface seem nerfs, but time will tell.  This is all not to mention that mineral patches and gas geysers now provide more resources, meaning the amount of turtling should increase ever so slightly.   Overall the game remains quite similar, but there are changes.   Thus, the question is, which players do these changes best suit?  And, who is most likely to adapt well and be successful in 2018?
Read more »
Posted by Jesse at 10:22 AM No comments:

Review of Pottawatomie Giant and Other Stories by Andy Duncan

Andy Duncan’s first book, Beluthahatchie and Other Stories, was a superb collection of short fiction.  Dripping with voice and style, each piece was carefully crafted, occupying a wholly unique perspective, from the ghosts that haunted General Patton to a small southern town’s witnessing of a criminal execution.  Picking up where he left off, Duncan’s second collection The Pottawatomie Giant and Other Stories (2012) is everything the first collection was, and comes just as recommended.

As mentioned in “Fortitude”, Duncan explored possible motivations for Gen. George Patton’s strength of character.  A sort of secret history, or “missing biography” type of story, in “The Pottawatomie Giant” he returns to the form to tell the unknown side of an early 20th century boxer’s tale, Jess Willard.  A massive man known for his ability to take a punch, beating the then consensus champion Jack Johnson and becoming world champion himself, Willard was skyrocketed into fame, but was never really comfortable with it, as witnessed by his altercation with Harry Houdini.  Duncan looking at Willard in old age, it’s an interesting story that twists on itself under Duncan’s quality pen.  Another semi-biographical tale, this time of a historical figure few will be aware of, “Zora and the Zombie” looks at real-life anthropologist and writer Zora Neale-Hurston and a trip she takes to Haiti to study the local culture.  Voodoo all around, Duncan uses the story to understated effect to balance feminist concerns across traditional and contemporary culture.
Read more »
Posted by Jesse at 9:30 AM No comments:

If you are anything like me, seeing Japanese anime featuring spiky-haired young men wielding swords twice as big as they are can cause a sputter of laughter.  Phallic symbolism aside (“I see your schwartz is as big as mine…”), it’s an absurdity that would only seem to detract from the integrity of the product. Looking at the cover of Platinum Games’ 2017 Nier: Automata you find not only massive anime swords, but that spiky-haired women in high heels are wielding them!!  Nier: Automata is a case, however, where judging the book by the cover would make you miss what may be the best video game created to date…

Nier: Automata is set thousands of years in the future.  The only remnants of humanity live on the moon and are guarded by an army of androids orbiting Earth in a bunker station.  The Earth a ruined, desolate place, it’s occupied by aggressive machines looking to destroy humanity.  The player starts the game as 2B, an android soldier in the fight against the machines who is part of a small force tasked with destroying a machine uprising in the middle of a wasted city.  And fight 2B and her partner 9S do, swords flashing and slashing across the dust and concrete. But the more 2B fights, the deeper she delves into machine life on Earth, and the more conflicted her worldview becomes.  Some of the machines wanting world peace and others separating themselves into religions and kingdoms, good guy vs. bad guy loses clarity, even as the lines between machine, android, and human get fuzzier and fuzzier.
Read more »
Posted by Jesse at 11:17 AM 3 comments: