The following are some images from the month I spent living in Prague studying at a language school.  The school comes highly recommended, the city and country even more. 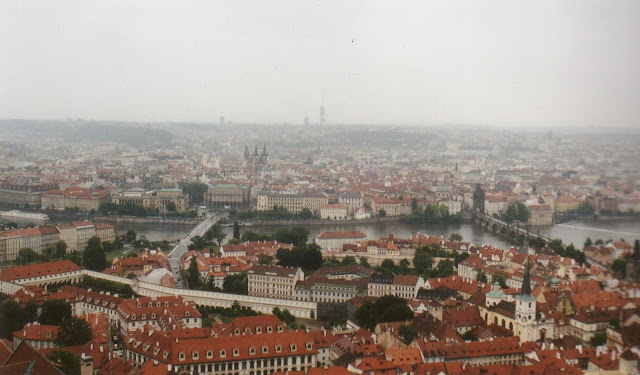 This is Prague.  It doesn’t get any simpler than that. :) Charles Bridge is on the right, Old Town Square is among the hazy black spires left of center on the other side of the river, the ugly tv tower is on the horizon, and red roof tiles fill the space between.  Prague is certainly one of the most beautiful cities in the world. 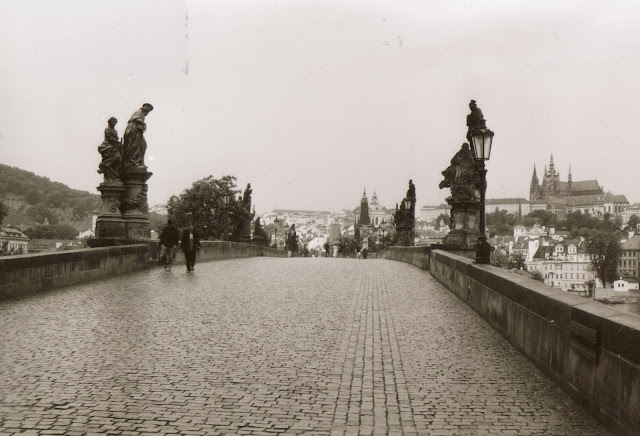 This is what the real Charles Bridge looks like.  I say 'real' because ordinarily all you see are all colors of the rainbow, moving in all directions over the span - the tourists doing their thing, as I was by taking this photo.  :)  The only reason it’s mostly empty this day is because it was 7:30 in the morning and it was raining.  The joys of being waterproof! 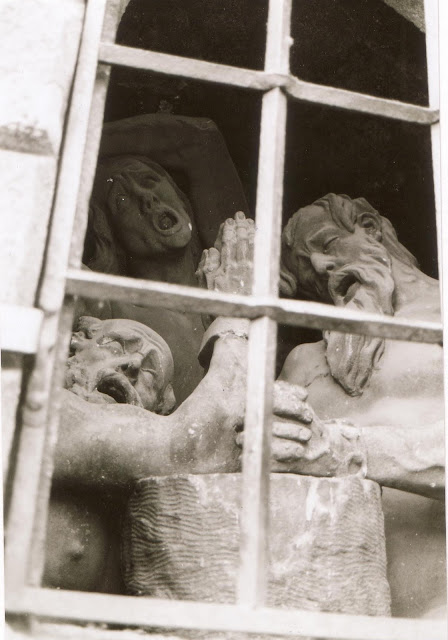 This is a portion of one of the many statues on the Charles Bridge.  It puts you in a positive mood, no?  Nothing like the wailing and gnashing of teeth to brighten your day!  I believe these are supposed to be penitent sinners, but I won't be able to confirm this until I go to hell. 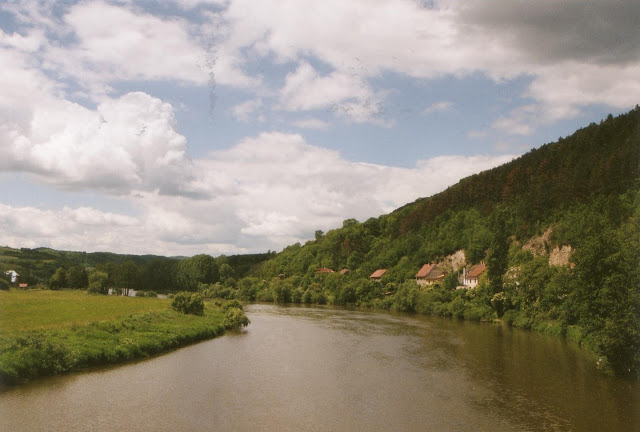 This is a peep at the Czech countryside near the village of Karlstein.  I believe the few houses on the river bank would be considered the suburbs of the tiny-tiny village.  So why did I come here? 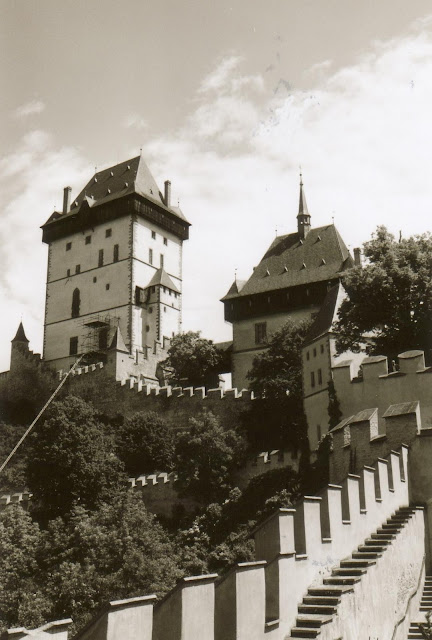 I came because of Karlstein Castle, merely a weekend getaway for a king.  Having a valuable collection of lawn ornaments he didn’t want anyone stealing, he built these ramparts.  Just kidding; it was too keep the starving villagers out...  No really, I think ramparts are just a requisite castle thing. 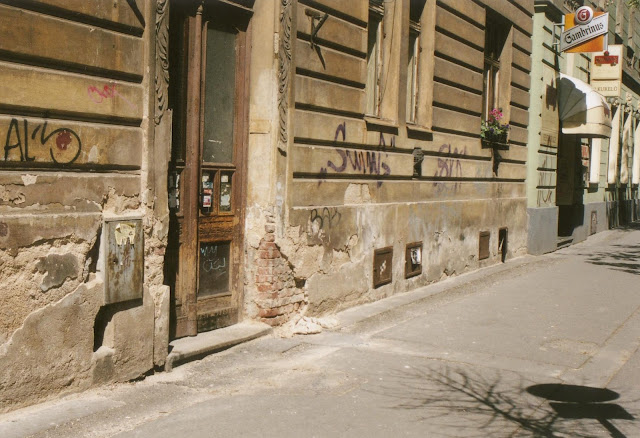 I included this photo because I thought it was a very typical Prague street, the pub,graffiti, and exposed history - I mean, brick - being the best indicators of this. 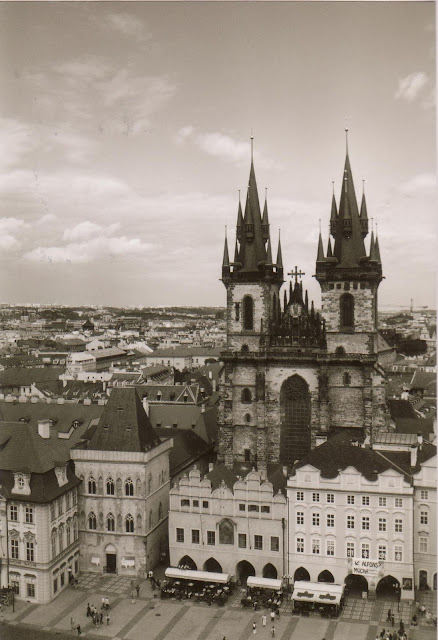 This is Tyn Church at Old Town Square and I think was my favorite building in Prague.  One random moment looking for a bathroom, myself and a couple others stumbled upon a choir practicing inside.  (Its entrance is somewhat hidden.)   I don’t think I would have existed after one of their concerts, some sort of personal rapture occurring... 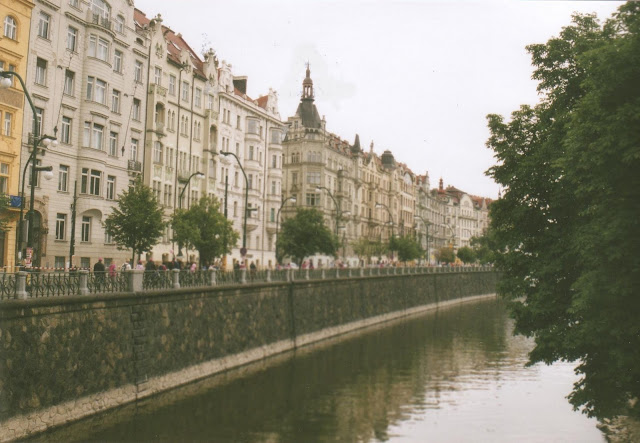 This is a portion of the Vlatva River flowing through Prague and some random apartment buildings.  A good slice of the city. 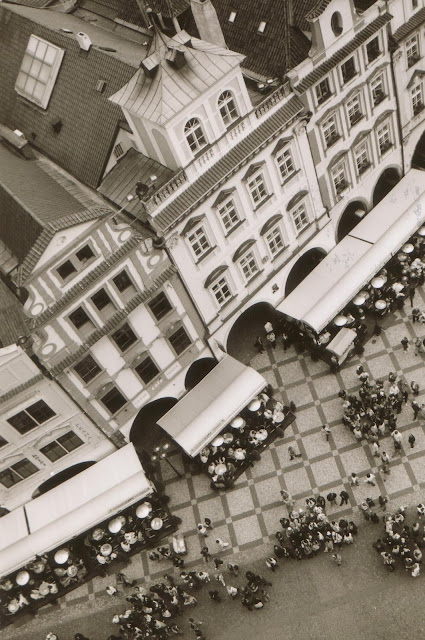 Old Town Square as viewed from above. 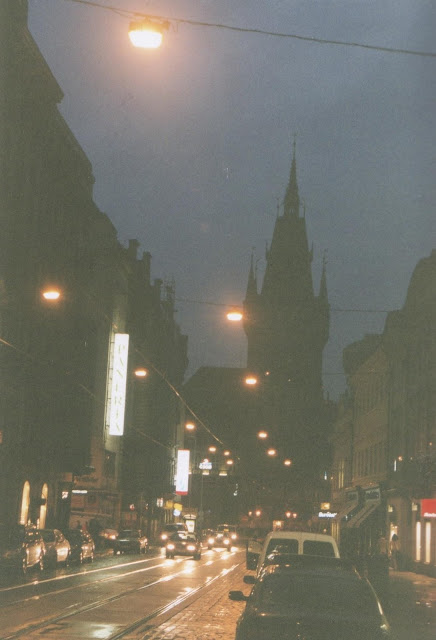 Prague at night.  Powder Tower may or may not be the spire in the background. 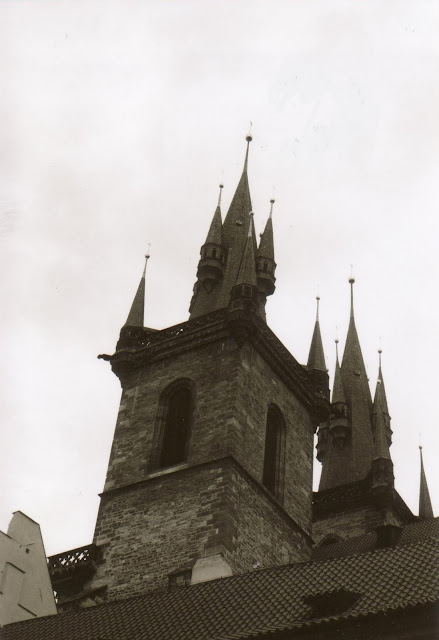 Another photo of Tyn Church. 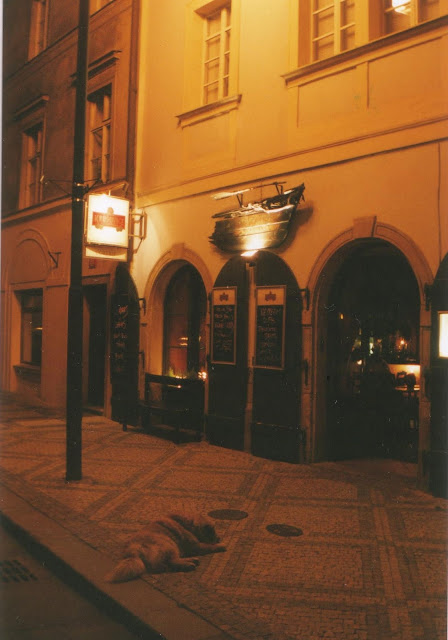 The people of Prague love their dogs and their beer, and here is a well trained dog waiting for his owner outside a pub. 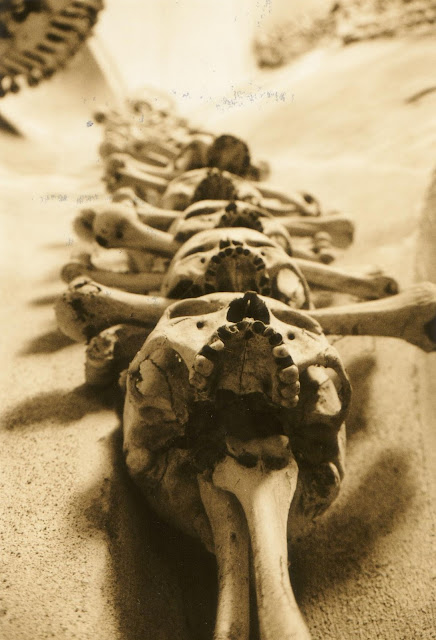 An hour’s train ride outside of Prague is the town of Kutna Hora.  It's here that a church gave a priest the right to make art of a bunch of bones they had to exhume because they ran out of space in their cemetery.  So, inside the ossuary he built a bunch of things, this being one of his creations.  (Along with four large pyramids of skulls, he also made an incredibly large chandelier, proudly using every bone from the human body.)  Besides this creepy/cool stuff, Kutna Hora was a very nice little town.  It seemed well adjusted. 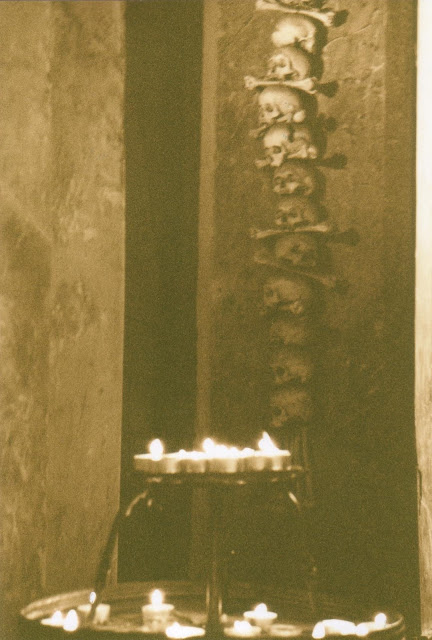