Culture Corner: Poland - Out the door...

From a landscape point of view, Poland has a lot in common with America’s New England.  Similar to the Appalachians, a single ridge of mountains transverses the southern border of Poland, Germany to the Ukraine.  Spread from this chain to the sea in the north lie loosely rolling hills, farmlands and forest, the latter occupying the majority.  Here and there are scattered lakes and ponds, and connecting them, the lazy, winding river.  The occasional city appears in a shallow valley, but most of the Polish population lives in towns and villages, the distance to the nearest house never far.  Sound like Maine?

The flora and fauna one sees in Poland are easily recognizable to anyone who has spent time in America’s northeast.  Birch, pine, spruce, maple and the like populate the woods, along with deer, fox, squirrels, and mice.  There are of course some differences – no wild boar or badgers root the forests in Maine, but generally speaking, the similarities strike home watching the landscape roll by the car window.  It goes without saying then that I spend a lot of my free time here as I do at home in the US: in the out-of-doors.  Hiking, climbing, and just being under the sun are regular parts of my life.  As such, I’d like to share some photos with you so you can have an idea for yourself what the Polish landscape is like. 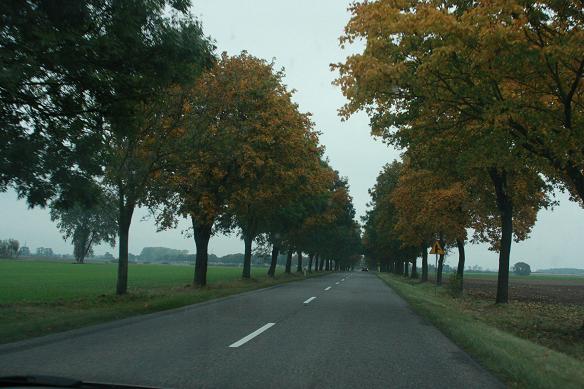 Here is an actual view looking out the car window.  (This photo fails to convey an important difference between the US and Poland, however: the sheer lunacy of Polish drivers.  Undoubtedly as this photo is being taken, one of these drivers/madmen is getting ready to pass us at autobahn speeds.) 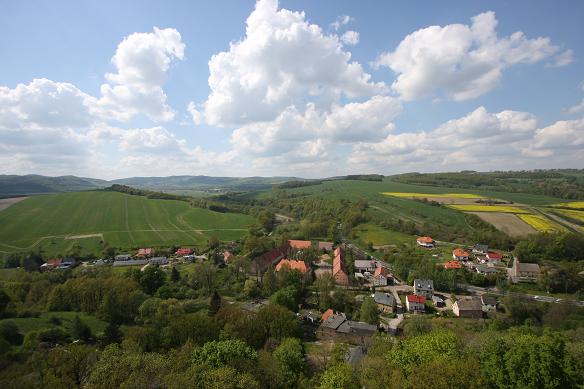 A very typical Polish village on a summer’s day. 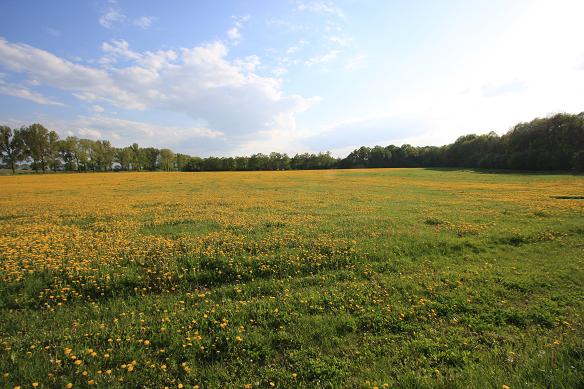 And one of those nice meadows filled with wildflowers… 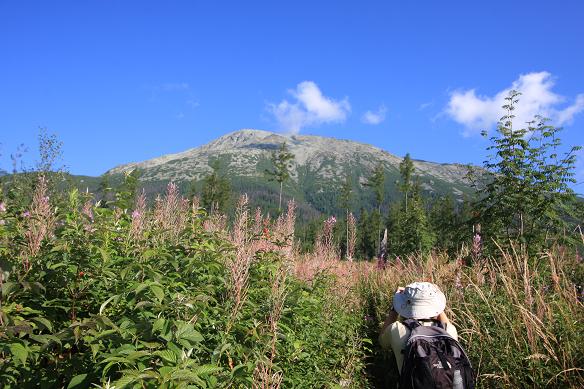 The Tatras are Poland and Slovakia’s only claim to real mountains, i.e. mountains which require more gear than the latest North Face fleece and a bottle of Dasani.  The highest is Gerlach at 2,655 m (8,710 ft for the metric impaired) with several of the surrounding peaks nearly as high.   They’re beautiful in every season (as you will see) and worthy of the numerous postcards for sale in the tourist towns of the foothills. 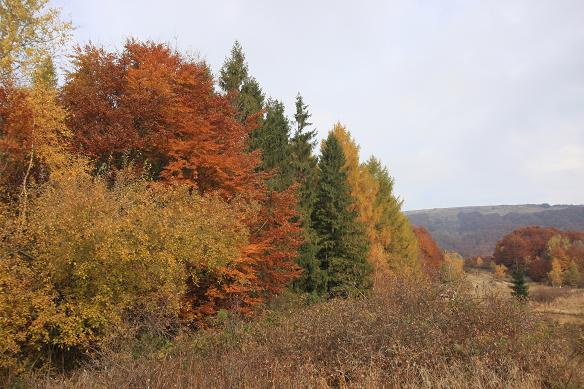 This is a National Park on the border with the Ukraine called Bieszczady.  It rolls with sublime hills, wide open vistas, and these colorful trees in autumn. 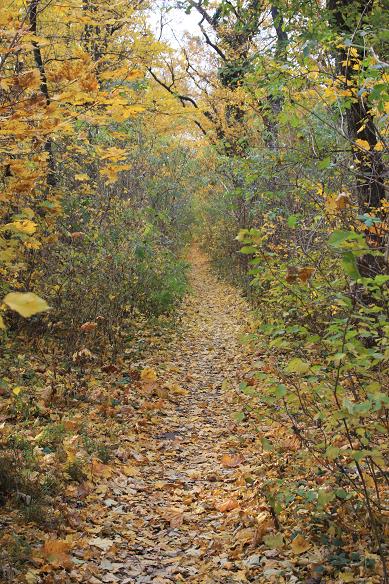 This is a path very near my house I often go running on.  Could’ve been New England, no? 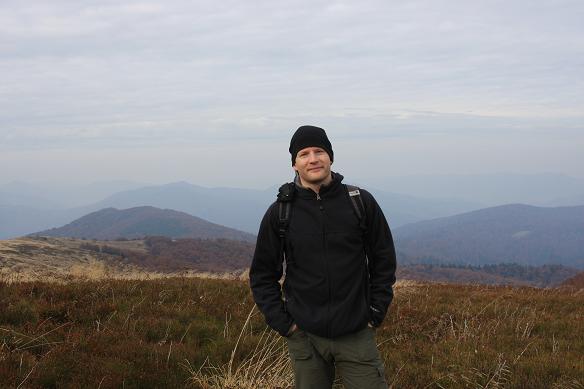 Like the Yeti, here is a rare sighting of the author himself enjoying Bieszcady in November 2011. 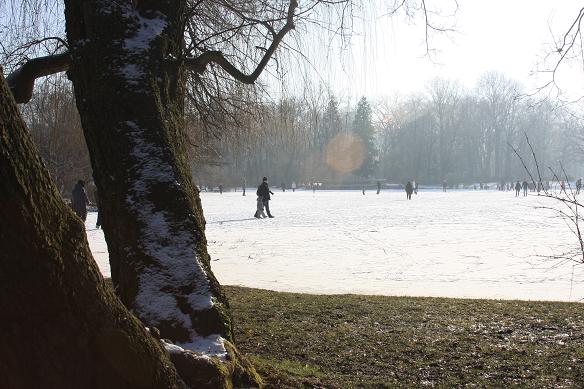 Winter too settles in, temperatures drop, and water becomes walkable.  Above is a scene from a local park called, in fact, South Park.  If it could speak, I’m sure it would lay honor to the name decades before the cut-and-pastes from Colorado made the moniker famous. 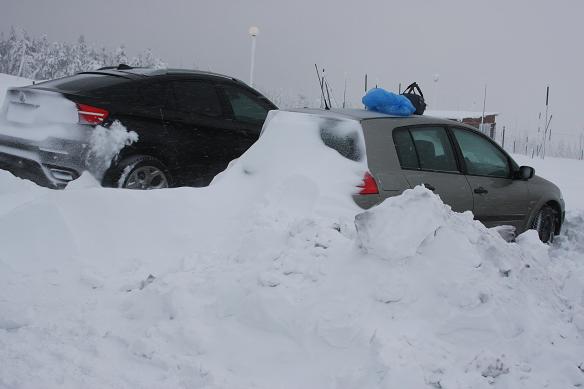 This has happened to me only once in Poland, but I thought I would offer it as proof that at least it’s possible.  It goes without saying then, the blizzards that the grandmas in Maine drive through with the pedal to the floor are not as easily handled by the Polish. 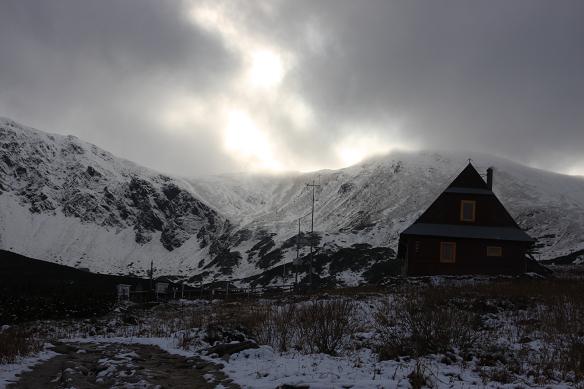 Hiking in the Karkonoszy mountains last winter, this is a “cabin” we stayed in. 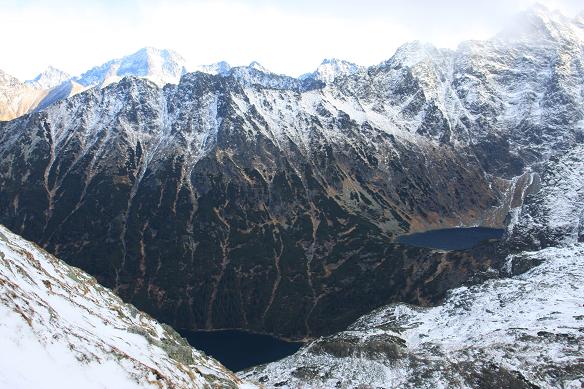 In the Tatras once more, this time it’s winter.  On the right is a lake called “Eye of the Sea,” and since they’ve built a stone stairway to it, even ladies in high heels have access.   In the upper right is Poland’s highest peak, Rysy. 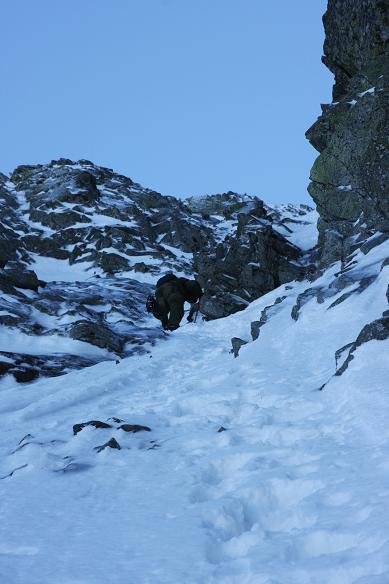 This time truly a Yeti, here I am climbing Rysy.  Crampons buckled as tight as I could get them, ice axe in a death grip, and teeth grinding with every step vertically, we made this (successful) assault in early winter 2010. 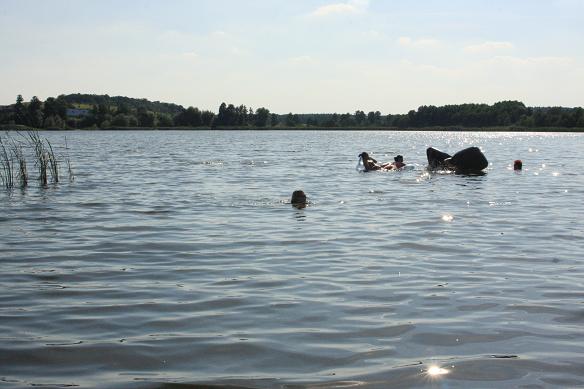 But like Maine and New England, waiting through the winter long enough means that the sun will shine.  Which also means you can once again go with your friends to the local lake for a nice, refreshing swim…
For those who were paying attention, you probably noticed that not only does the landscape bear strong resemblance to the northeast of America, the flow and look of seasons is likewise very similar.  So, even though I’m six hours ahead of most of you, we still hold a cycle of life in common.  Think about it.
Posted by Jesse at 8:05 PM