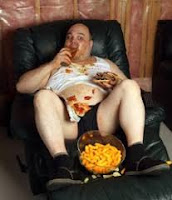 Like so many I loved Star Wars as a child, and to this day lazy holiday afternoons with chocolate, chips, soda, and a deep, plush sofa might find me re-watching any of the movies.  Sure they have the brains of a toaster and can spawn the nerdiest possible conversations (evah), but for those lazy-lazy times, they entertain with that all important sf quality: sense of wonder.  (Zzrrum, zzrrum goes my lightsaber.)  I have recently been to see Star Wars VII: The Force Awakens, and since the whole world is having a go, I will add my one, possibly two cents.

The Force Awakens is one of the most derivative pieces of pop culture I’ve ever been witness to.  Abrams went the politically correct route and provided two major new characters, a woman and black man, and then reversed the hero vs. damsel in distress roles between them.  Bravo.  Otherwise, he outright copies what has come before.  Jakku is Tatooine, BB8 is R2D2, there is another Death Star (the series count has now reached three, with the possibility for more), which includes another Death Star trench run, Kylo Ren is Darth Vader (with one twist on family), General Hux is Grand Moff Tarkin (with no twists), there is another cantina with alien musicians, Maz Kanata is Yoda, Rey is Luke (scavenger on a desert planet, parentage unknown, latent force talents, finds a lightsaber in haunted underground cavern, blah, blah, blah), there are AT-AT Walkers on a snowy planet, there is big, evil Empire attacking innocent, altruistic Rebellion…  And on and on and on goes the list of things copied from the first Star Wars films. Episodes I-III catch a lot of flack, but for sure they were original films, and fun for it.  The Force Awakens is just recycled material that has a lot of its fun sapped for having so obviously been done before.

But additional questionable choices were made with the franchise.  No, I’m not referring to the major event at the climax. I’m ok with that.  I’m referring to, for example, the newly revealed supreme badass, Snoke.  Not only does his name sound like something I blow out of my nose in the morning, (Darth Vader sounds far more scary), but he looks like the standard bulbous-eyed, bald alien people associate with 1950s UFO visits - just with a black hood.  And the rubbery cg doesn't help.  Darth Maul’s satanic visage and the Emperor’s pale lightning cackle made for more effective villains.  And the green hungry, octopus-ish aliens who go rampaging through a certain scene, well, they also looked Men In Black cheesy.  (The whole scene was, in fact, gratuitous.)  And the casting for Darth Vader—sorry, Kylo Ren?  Surely there were others who auditioned that could have occupied the uncertain villain role with more aesthetic aplomb?  The acting is fine, but it doesn’t prevent the actor from looking like a Harry Potter side character.  (I suspect I may be wrong about this: once the storyline inevitably flips him to the good side, will he fit the role better?  But for the moment that is my impression.)  But most importantly, why repeat the same plot backdrop?  I thought the Rebellion defeated the Empire at the end of Return of the Jedi?  How is it that nothing has changed in the intervening decades?  How can the Rebellion (now dubbed the Resistance) still be fighting the Empire (now known as the First Order)?  Doesn’t this make Episode VI’s conclusion moot?

After seeing The Force Awakens, I look at Timothy Zahn’s Thrawn trilogy, the novels that continued the Star Wars story after Return of the Jedi, with increased appreciation.  They too are indulgent, sofa and junk food fun, but in Heir to the Empire, Dark Force Rising, and The Last Command, Zahn acknowledges Lucas’ vision and, unlike Abrams, takes the storyline in a logical, non-recycled direction.  In Zahn’s story, the Republic has re-taken control of the universe, and under the leadership of Leia, Mon Mothma and others is beset dealing with the problems of re-implementing a democracy.  Amongst the remnants of the Empire, crafty General Thrawn lurks, and using his preternatural wits, attempts to rebuild the Empire’s power.  With the Sith gone, Luke starts a Jedi academy, and heads into the galaxy looking for recruits.  Han and Leia get married and have children, and with Han now a general, there are plenty of adventures for he and Chewbacca to stumble into as he meets former “business colleagues.”  A love interest for Luke is introduced: an Imperial assassin who had been brainwashed by the Emperor to kill Jedi, and now wanders the universe as a mercenary for hire.  And eventually a mad clone is brought into the story, a clone set on using the dark side to achieve his own egotistical vision.  Zahn explores new worlds and new aliens, and overall writes a coherent storyline that fully integrates the films while moving the series in a logical direction that respects the tradition.  I wish I could say the same of Abrams.

And so I will sit someday on my sofa, popcorn in hand in hand, watching Star Wars films and enjoying the fx (fix?).  But after finishing Abrams’ movie, I may just turn off the television and pick up Zahn’s books…
Posted by Jesse at 9:22 AM