The rate of reviewing has dropped off on this site for more than a few of months.  I’m still reading a lot, just not as much as I used to.  And of course there’s a reason.   Actually, there are two.  But first things, first.

A year and a half ago, just before the holidays, my wife’s family asked what we wanted for Christmas.  Unfortunately—or fortunately, depending on perspective—I was not asked an opinion on the decision, and instead of requesting something relevant to our ongoing (lifetime?) house renovation, my wife asked for, of all things, a Playstation 4.  What?!?!?, I thought.  We’re in our late thirties.  The last time either of us played video games was university.  We could have a new front door for the price of one of those things! Secretly, of course, I was also aware of what a brain-suck video games can be; like chocolate they are oh so good, and yet oh so bad—bad in the sense that they put to strong test one’s time management and self-control to. not. play. just. one. more. level.  (Despite the decades since last playing, I remain in the court that video games are a positive thing, depending on the game and how the time is spent of course, and I think cognitive science backs this up.)  But Christmas time came, and there sitting under the tree, was a PS4. 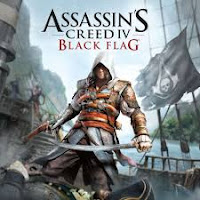 In another package was the game Assassin’s Creed: Black Flag.  It took me a few weeks to get around to playing it, and when I did, I was amazed by the extreme advance in graphics since I’d last played video games roughly twenty years prior in the mid 90s.  But the gameplay didn’t grab me, didn’t suck me in until the wee hours of the morning, desperate to play more as sleep beckoned as I’d feared.  I played the game here and there, and after four or so months, finished it. My final impression was ho-hum: storyline coheres only in segments but does have some good stealth action and open world exploration.  I put the controller down and didn’t pick it up again for some time, still thinking I’d rather have had a new front door.

But one day while walking through one of the many Polish mini-incarnations of Walmart, I noticed in a sale rack the game Witcher 3: The Wild Hunt.  It was being sold at a really low price, and I thought what the hell?  If I don’t like it, at least my wife will as she had read Sapkowski’s original novels.  But soon enough, I was the one absorbed in the game.  The incredible level of detail, the gritty realism mixed with Medieval fantastical, the superbly designed open-world setting, the main storyline, the side storylines, the vast number of nooks and crannies and secrets to be uncovered, the incredible quantity of cinematic-level cut scenes, the knowledge my decisions now have real effect on gameplay later—I was playing until the wee hours of the morning, and if not, I was lamenting the fact I could not play until the wee hours of the morning as I handed the controller to my wife so she could play until the wee hours of the morning.   It took a couple of months given the immense amount of content to the game, but I finally finished the main storyline late one evening.  Extremely satisfied but somewhat exhausted, I put the controller down.  Then, I had a long, hard think about how gaming has evolved since my Nintendo days as a twelve year-old boy.

Witcher 3 such a gratifying experience, I was reluctant to pick up another game for many months lest I mar its glory with a lesser game (not to mention I had to catch up on a few things perhaps I should have been doing instead of playing…).  But that black box sitting next to the television could not be ignored forever, and one evening in a pique, I downloaded three small indie games: Inside, Firewatch, and Limbo.  Though entirely different than Witcher 3, I had entered the rabbit hole.  I started, played, and finished the three, one by one, over the course of a couple of months, then wanted more.  So I bought Horizon: Zero Dawn, played it, enjoyed it, and still wanted more—the brain-suck in full effect.  But I wasn’t prepared for what came next.

In the course of regaining interest in video games, I had been reading a lot online: what other good games are out there—not necessarily identical to Witcher 3, but as regarded?  A few titles appeared several times—the Uncharted series, the Mass Effect series, Red Dead Redemption, and others.  But one was seemingly universally acclaimed from all corners of the web: The Last of Us.  And so I bought the game. 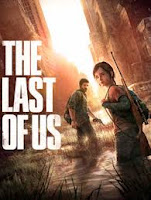 It’s no secret that modern video games are exponentially more realistic and immersive than their pixel and dot forebears.  For the unaware, the degree of realism and immersion in today’s video games is essentially one degree removed from cinematics—a gap that will be covered in the next few years, for sure.  What this means is that game creators are able to put players, as much as is possible, into the shoes of the characters running around the imagined worlds on screen.  Being a detective, mighty warrior (or warrioress), or space marine is thisclose.  Game developers have done all the work to give you agency in what are essentially silver screen experiences.  Instead of watching a movie, you become part of the movie, directing the character, depending on the game, through the story.  I still fully appreciate novels for retaining the distance between sensual and imagined reality—for forcing the reader to use their imagination.  But I also appreciate what modern gaming is doing to virtually eliminate this distance; if the game’s world and gameplay are well-developed and unique, then so too can be the experience.

With The Last of Us, this distance was so far removed that upon completing the game I felt emotionally drained—the story and my part in it that close to heart.  While it is technically a post-apocalyptic zombie story, every painstaking effort was made to align this premise with our current perception of American life.  The set pieces that the characters traverse are dilapidated versions of contemporary existence, from moldy coffee makers on kitchen counters to torn wallpaper in hotel lobbies.  The zombies are more like crazed crackheads appearing here and there rather than the classic, blood-slavering horde lumbering toward you, all arms extended.  And the interactive game elements, from ladders to guns, require the same degree of effort in-game—to reposition or reload—as they might in real life.  To top it all off, game creators gave the player the responsibility of caring for another person, a teenage girl, then gave players perhaps the most difficult ethical choice possible regarding her at the end of the game. In short, the feeling of survival and protection of a loved one in such a harrowing environment is truly conveyed to the player.  Where Nintendo games of my youth featured colorful 2D jumping and shooting blobs of pixels that invoked little emotion beside “Wheee!”, The Last of Us PS4 experience put me on an emotional rollercoaster of story and dialogue made all the more powerful by my interaction with it.  Like some of the best books I’ve read, I will never be able to forget my memories of The Last of Us.

Thus, if you consider yourself too old to play video games, or that they are immature entertainment, I would suggest to look again.  Indeed there are numerous games which have advanced only technically—not become matured or intellectual in theme.  But there are some, like The Last of Us, which offer an experience capable of being critiqued along some of the same lines as fiction, from plot to cultural and social relevancy.  I will readily say that games will never be able to approach the complexity of books in these terms, but given the medium, huge strides have been made to sometimes give adults something to think about.

This is all a long winded way of saying I think it’s time to introduce a new aspect to Speculiction: Console Corner.  Most of modern video gaming essentially interactive storytelling, the leap is really not so far.    Given the rate at which I play new games compared to read books, I don’t expect to flood this blog with reviews, but a review of a game, or game commentary will pop up every now and then, so don’t be surprised.

But there’s still a second reason my reviewing has dropped off…  A different C_______ Corner.  More to come later.
Posted by Jesse at 8:03 AM