Photos from Sri Lanka - Part I

The following is Part 1 of photos from our recent trip to Sri Lanka.  I traveled with my wife and two small kids, as well as my brother-in-law and one of his sons, meaning a lot of the trip was focused on balancing the kids' needs and fun.  But there were still moments one of our hands were free to snap a photo or two.  Here are some: 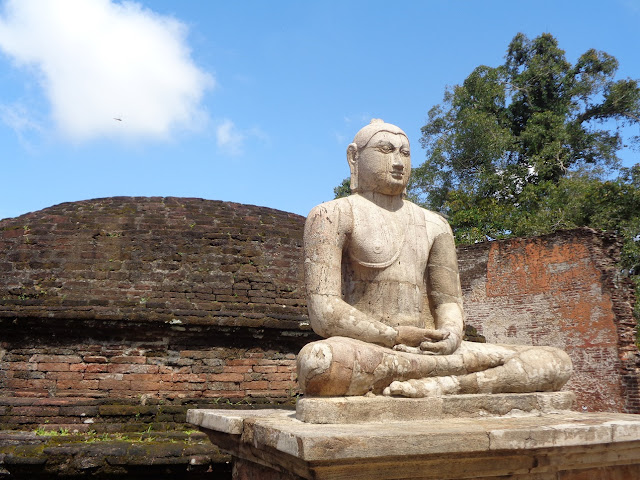 After numerous comments that it was not worth the time, we skipped the capitol Colombo and went straight to the interior.  Our first stop was Polonnaruwa, which is basically Angkor Wat's smaller cousin.  Less grandeur, there were still spots of beauty, like this one. 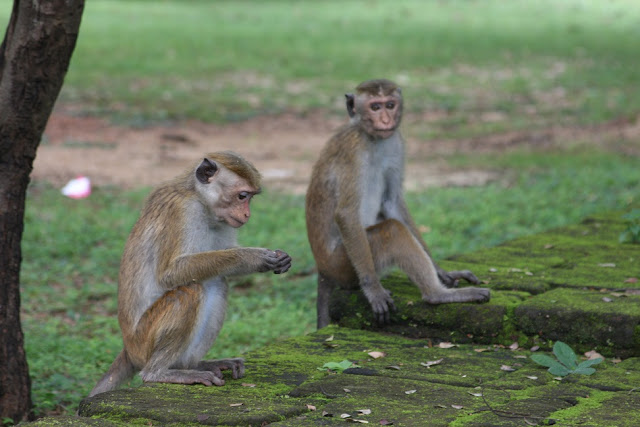 And was home to many animals, birds, reptiles, and insects... 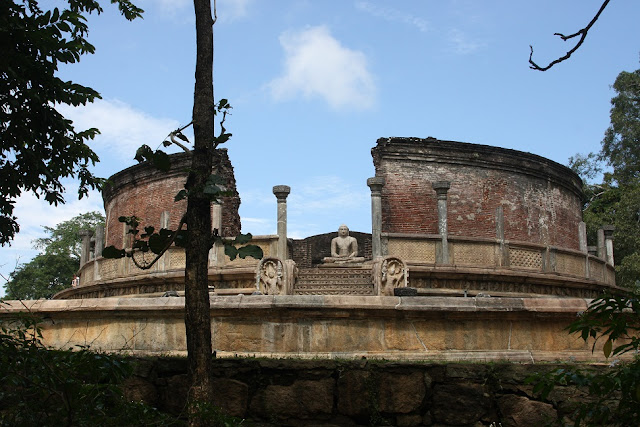 Probably because I was chasing kids, I didn't get a good photo of the sculptures to either side of the stairs leading to the Buddha, but you can trust me, they are exquisite. 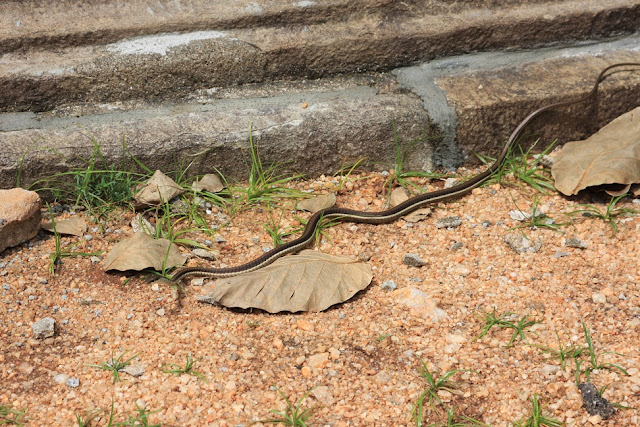 I was blown away by how many animals there are freely roaming Sri Lanka.  Here in Poland you may see a distant deer in the fields, a random hedgehog, or a fox while driving at night, but in Sri Lanka there were animals seemingly everywhere.  In everyday life we saw elephants (not only in nature reserves), jackals, bats, snakes, many different types of lizards, land and water monitors, monkeys, squirrels, innumerable birds, and some jumping thing like a giant squirrel that I never got the name of... 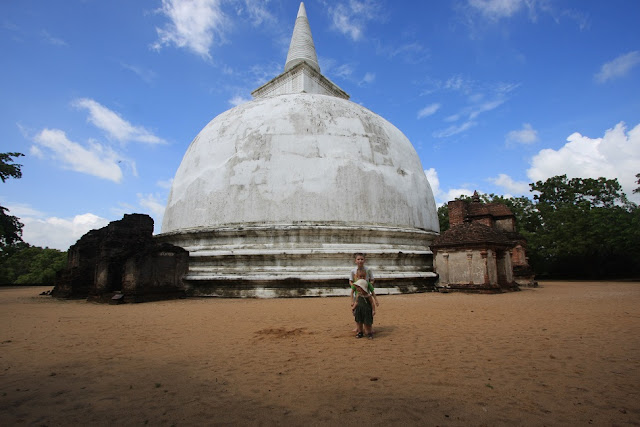 After Polonnaruwa, we visited Pidarungala, which afforded this nice view of Sigiriya Rock, and was a reasonable 30 min. hike for the kids. 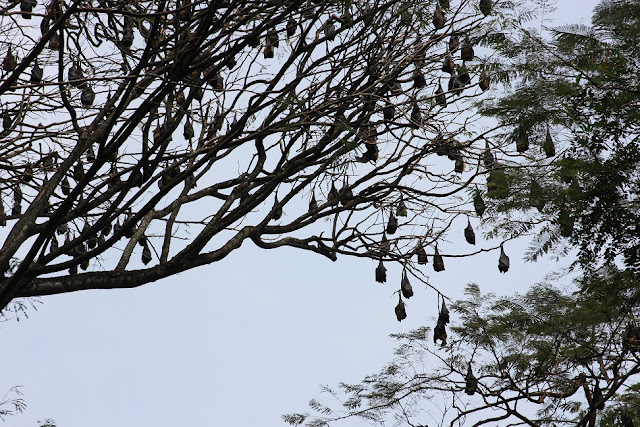 Is it a bird, is it a plane, no it's bats - 24,000 of them living in Kandy's botanical gardens. About the size of cats, these are not tiny creatures. 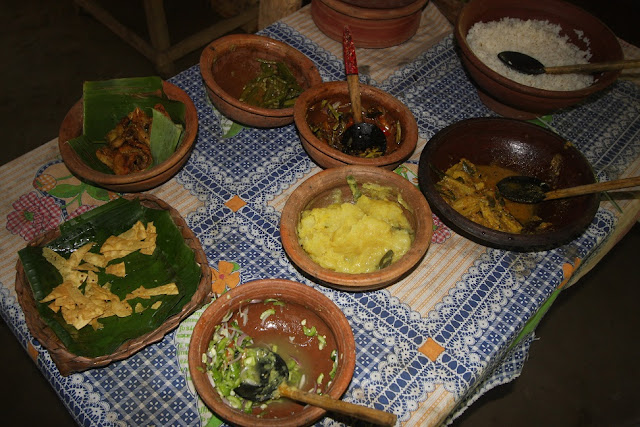 Traditional Sri Lankan food consisted of a lot of rice and curry, but after three weeks I never grew bored of it.  I guess four would do the trick, but while I was there it was tasty and interesting. 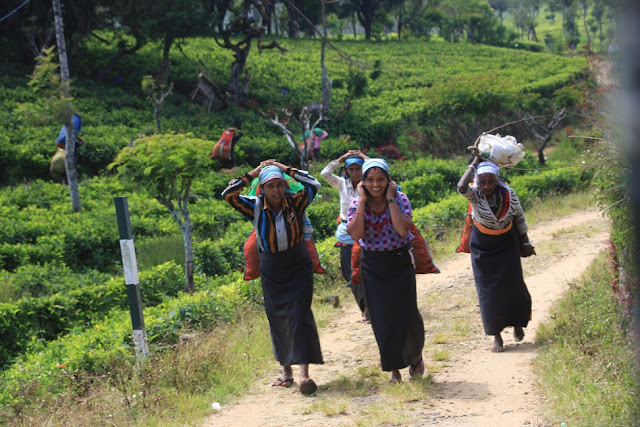 The gratuitous tea picker photo.  Colorful but not glamorous, these people work hard for a pittance. (Gratuitous elephant photo to come.) 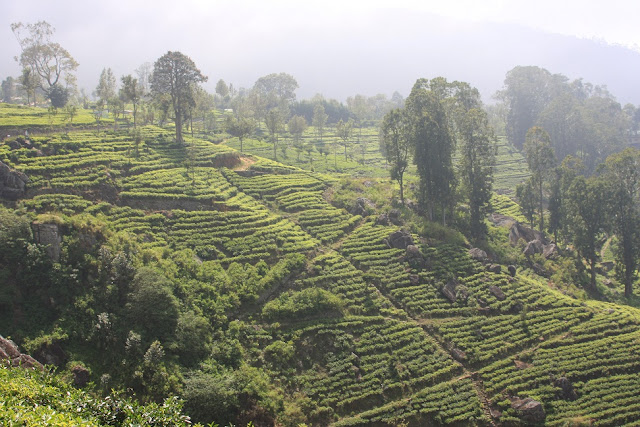 At least they can say they have a nice view and fresh air all day long, which is not something I can say at work. (My dearest colleagues, naturally I refer to our open office space, not your kind countenances :). 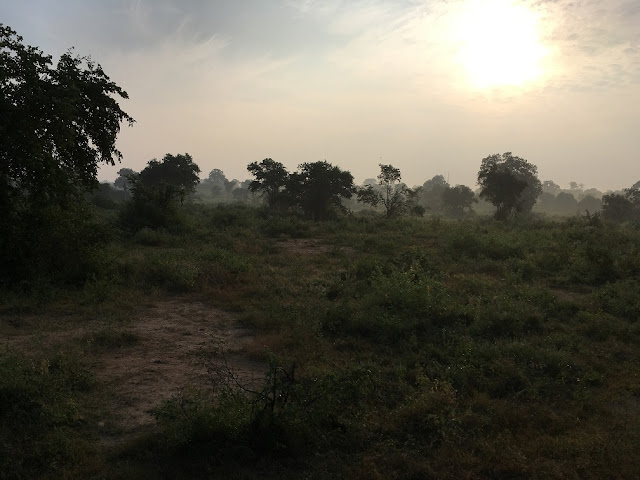 After some time in Kandy and hiking in Ella, we went to Uda Walawe National Park, where we went on a (early) morning's safari. 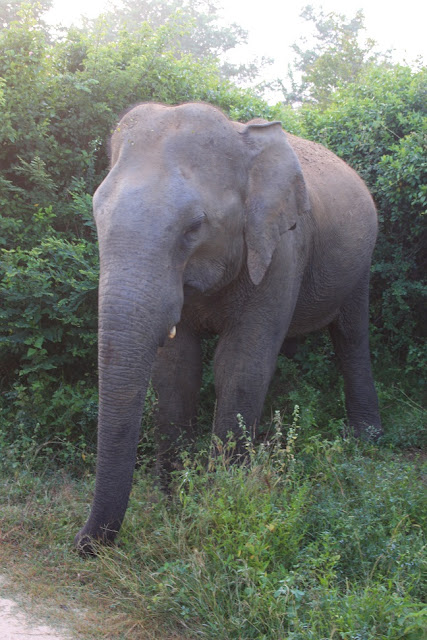 As promised, the gratuitous elephant shot.  This particular guy ignored us while eating his breakfast.  This was one of about two dozen elephants we saw in the park. 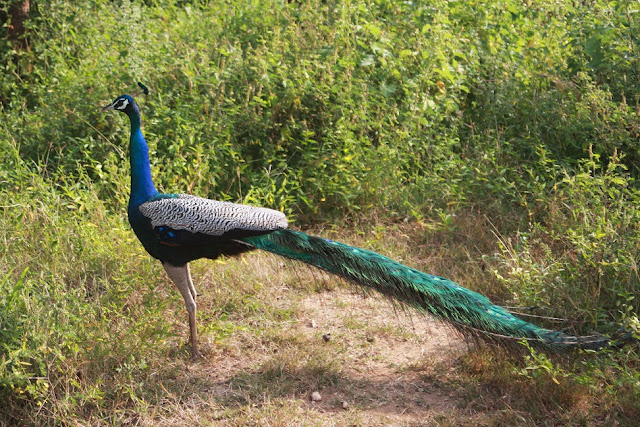 And this is one of about three hundred peacocks we saw in the Park and around Sri Lanka.  At times it felt like they were everywhere. 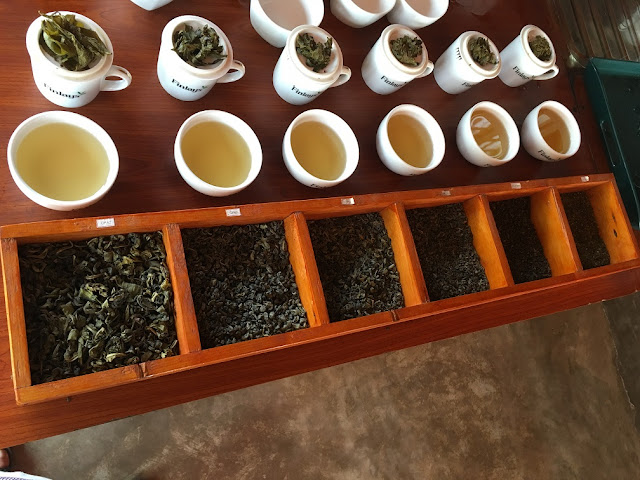 And I suppose no visit to Sri Lanka is complete without a visit to a tea factory, wherein we met with various acronyms (BOP, GP, etc. that seemed more like abbreviations for government organizations than tea types, but I know nothing...