Console Corner: Review of The Last of Us Part II 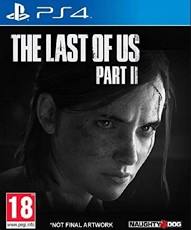 The Last of Us is for a lot of people their favorite game of all time. For me personally, the game had such a huge emotional impact that it affected ideology. While it doesn’t give you an actual choice in the climactic scenario, I would have done what the developers programmed me to do anyway—a real surprise given how much of a pragmatist, utilitarianist mindset I often have. I had developed such a relationship with Ellie throughout the course of the game that I couldn’t imagine things turning out any differently than they did despite the immorality inherent to it. Almost ten years later and Naughty Dog have come up with a sequel, The Last of Us Part 2. Will it again challenge the player’s beliefs? Will it again take players on an emotional ride? Will it again define ‘video game experience’—a mix of gameplay and cinematography not easily forgotten?

The Last of Us 2 begins on familiar, organic ground. Joel and Ellie are living in Jackson, Wyoming among the community they returned to upon the conclusion of The Last of Us Part 1. Four years later, Ellie is now a young woman, a young woman with a secret: nobody knows she is immune. But Ellie has more personal concerns. Drunkenly kissing a friend at a local dance has put her in a precarious situation among her groups of friends, something that becomes all the more complicated when she and the friend are paired to go out on patrol. Tragedy striking just as the two are starting to come to terms with the kiss, Ellie’s whole view on life takes a major twist. Everything shaded in the red of revenge, she sets off on a hate-filled mission to satiate the demons which have been tossing and turning inside her since she and Joel’s tragic cross-country trip. But who else is on the same mission? And can those demons be stilled by any other means?

Narratively, The Last of Us Part 2 goes to the next level. In terms of filmic gameplay, there are very few if any games which can match its presentation. The script is great. The character acting and motion capture are brilliant (facial animations are amazing). The presence of emotions is real. And the graphics are the best the PS4 has to offer. The game properly edited, flashbacks are woven into the game’s main timeline at perfect moments, just as parallel storylines are triggered at key points, giving players additional insight into the characters and the overarching story. It all amounts to a mass that is poured upon the player in the final, climactic scenes to strong emotional effect. Gameplay, well, we’ll get into that in a moment. But it bears repeating: story, particularly how it feeds theme, is absolutely phenomenal. 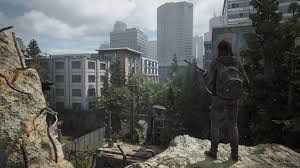 If TLoU was the personal tale of a father learning to love again at all costs after his daughter was taken from him in tragedy, then TLoU2 is the wide-angle, social payment of those costs, particularly the negative impact Joel’s decision had on not only he and Ellie, but the remainder of the (still) human world. Tragedy upon tragedy snowballing into a massive storm of hatred and revenge, the producer has stated that TLoU2 is all about “hate”. And while this may seem nihilistic from one perspective (and too typical of an inherent property of video games from another), the fact remains that this central theme is actually developed in a constructive, positive manner. The game outright questions the perspective of othertheness, and the violence that comes of us vs. them mentality. Ellie’s story, the tribalism she encounters, and another storyline (not to be named here for spoiler’s sake) are the three main vehicles driving said theme, highlighting how personal views can blind people to the commonality of the plights they share with those they hate—a welcome message given the state of the real world today. And when all is said and done in the game, on the other side of hate, lies the idea that redemption is possible no matter how loudly the demons inside howl. Thus a Tarantino-esque taste for blood and violence permeates the game’s screen, but the underlying message is all too clear: to what end is the hate unleashed?

Regarding gameplay, some advances and additions have been made, but overall TLoU2 feels similar to the first game. Naughty Dog apply the same set of ingredients toward baking a cake, but add some new colors of sprinkle and a layer of frosting, the whole both a smoother and tighter package. Players are now able to jump. Ropes are now available for throwing and climbing. Swimming is possible. And characters can now lie prone and elbow-crawl across the ground—a valuable skill in hunting and evading the Infected and others. But at its heart, the game loop remains cut scenes, environmental traversal, action/stealth sequences, looting, and quick-time events.

Are there issues with the game, yes; no game is perfect. Like the first installment, the AI is not the most sophisticated. You can be right under the enemy’s nose and they don’t always see you, not to mention your teammates can be running around right in front of bad guys with no reaction. But the biggest issue the game faces is length. It feels like a 20-22 hour game trapped in the body of a 25-27 hour game. Important to point out is that bloat does not derive from scenes or chapters that don’t belong; the story, and as a result cut scenes, are as tight as can be. Rather, the excess material is located within each act and chapter of gameplay, most often in the beginnings. Exploring, looting, exploring, looting, exploring, looting often feels to go on too long before the action meat of each chapter arrives. Where TLoU1 did a good job keeping game play lean, balancing out the need to re-supply with action, TLoU2 can be overindulgent in the size of its world and the need to explore/loot it, so much so roughly 20% could have been cut from a lot of the levels and the game been a more intense experience for it. “C’mon, let’s get on with it.” was a sentiment I had periodically. Moreover, knowing about the slog hurts replay value, at least for me. One counter-point to make here is: would the ending have felt so exhausting if not for the slog? Would the player feel what they feel in that final, tense moment if not for the extra content slowly bleeding them of energy out before arrival? (For the record, exhaustion upon the climax is necessary for true immersion.) 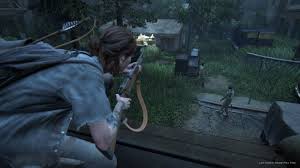 I would also like to address the extra-game discussion, commentary, and criticism addressed at TLoU2 and its developer, Naughty Dog. It’s certainly ok for people to be critical and have opinions. But in the end, it’s just a game. Its content of a fictional nature that doesn’t warrant personal attacks. Ironically, a lot of this “discussion” gives extra meaning to the game’s fundamental question: is the negativity worth it in the end? The anger, the hatred, the feeling of personal effrontery some people are expressing at certain events in-game and choices by the developer just seems mislaid. Take a step back, evaluate the whole people. Evaluate the game for what it is, not what you want it to be. Be thankful Naughty Dog want to challenge the player, rather than feeding them more of the same…

In the end, The Last of Us 2 is an excellent game. Some people are calling it ‘the game of the generation’, and I understand why. The graphics, the story, the socio-political relevance, the emotional roller-coaster, the willingness to challenge gender and sexual norms—all combine to make it truly great. The experience is as unforgettable as the first game. If AI had been as good as some of the best games on the market as of 2020, and level design pared down to the necessities, I would agree it might even be the greatest video game to date.