Two Cents on the Hugo: Its Worth? 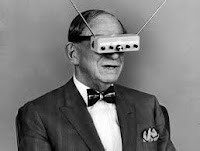 (The red carpet for next week's Hugo awards...)


The Hugo, the Hugo, the Hugo, oh, the Hugo.  It’s the oldest award in science fiction and fantasy, it’s the most prestigious award in science fiction and fantasy, it’s washed out, it’s poorly organized, it’s as strong as ever; too much gender representation; not enough international flavor... and on and on goes the commentary.  Well, I will add my two cents for what it’s worth, using the Best Novel award as the prime example.

Simply put, the Hugo Best Novel Award is not an award for the best speculative fiction novel of the year.  It is an award for the most popular novel amongst the Hugo members who voted that year—an immensely more specific group than is implied by the hyperbole.  In fact only a few thousand compared to hundreds of thousands, if not millions who read in the genre, the next question is: who comprises that specific group?

Being able to vote in the USA is not automatic.  In order to step into the booth November 11th, you must meet a list of criteria, including citizenship, lack of a criminal record, etc.  The Hugo is organized around the same basic principle: for those who want to vote, $50 is needed to get past the doorman and into the club.  So, as much as idealists would like to think that only politically savvy people elect a president, the truth is that a wide variety of interests determine who becomes ”the most powerful man in the world” (note the superlative).  And the same is true of the Hugo.  Amongst award voters each year are real fans of sci-fi and fantasy who have been there for years and can offer an informed, contextual view of the nominees.  At the same time, a large number of voters are in it for the fun, have only a minimal view of the field, or are simply fanboys who drool over scantily clad women warriors in bust defying armor—their $50 vote thought well spent.

Another way of putting all of this is that only a membership fee and desire to vote prevent sales statistics from providing the same measure of ”the best”.  In case you missed that, yes, I’m directly stating that given how the award is organized, the Hugo is unfit to determine ”the best of the field”.  Like a presidential election, it is a popularity contest within a limited pool of contenders selected by means bordering on nepotism, that is,  rather than an attempt at objectively identifying the stellar candidates for crowning.

And the proof is in the pudding.  According to wikipedia, the Hugo Award for Best Novel has been awarded for 61 years, and in this time 129 different authors have been nominated.  Let me present this from a different perspective.  On average there are five books nominated per year, which means if five new authors were nominated each year the total number of uniquely nominated authors would be 305.  That only 129 have been nominated means almost two-thirds of nominations are repeat nominations.

And the discrimination/popularity contest escalates.  Looking only at the award winners, there have been 64 Hugo Awards—retro and standard—for Best Novel, with 42 different winning authors.  Of these, 14 authors have won twice or more, leaving 28 who have won only once.  This means less than half of the awards have gone to first-time winners.   No favoritism there... (By comparison, you will not find this kind of pattern in major literary prizes like the Booker or Pulitzer.  Even the Arthur C. Clarke Award features only 25% repeat winners.)

Not exactly the picture of diversity, the Hugos are an exclusive group whose limitations are inherent to its organization, a fact made readily apparent by the number of repeat winners and nominations.  Given that the award is two steps away from mirroring sales statistics, authors come into rotation like pop songs on the radio, resulting in a situation wherein the rewards largely reflect the most popular mainstream genre of the times.  (Harry Potter won a Hugo!!!)  I would therefore admonish people to wait for the exhale: think twice before wreathing the title ”Hugo” with superlatives or using it as proof of a book’s quality.  In reality it is a fan award blown out of proportion from the popularity contest mechanism which governs it.  Thus, let criticism of the award from around the world to roll on.  Given the evidence, it is justified.

The following are questions from the Hugo homepage FAQs section which help to strengthen the idea the award is not taken seriously by those involved:

I’m an author, and some people told me that they nominated me for a Hugo Award. Does that mean I can list myself as a “Hugo Award Nominee”? [This reads similar to: I’ve self-published a book and my friend wrote me onto a nomination ballot.  Does that mean I can attempt to use the Hugo name to better my sales, improve my status, appear to be legitimate, etc.?]

Can I vote for something I have not read/seen? [At least the site editors answered ‘no’.]

Do I have to have read or seen everything in a category to nominate? [Site editors also answered ‘no’ to this.  By contrast, if one were to ask the judges of juried awards this question, do you think the answer would still be ‘no’?]

So how do I promote my work for the Hugos? [If ever proof was needed the Hugo is a popularity contest...]

The fact that these questions are being asked as the ‘F’ in ‘FAQ’ puts a serious taint on the proceedings.

Take Ursula Le Guin’s Left Hand of Darkness, the book that won the 1970 Hugo.  It is a shining example of not only science fiction, but an example of how the genre may sometimes be a better medium than realism to examine society, gender, and matters between.   But placing it alongside the 2001 winner, J.K. Rowling’s Harry Potter and the Goblet of Fire, disappointment immediately sets in.  Bear in mind, also nominated in 2001 were Zeitgeist by Bruce Sterling, In Green’s Jungle by Gene Wolfe, Darwin’s Radio by Greg Bear, Galveston by Sean Stewart, The Amber Spyglass by Phillip Pullman, Perdido Street Station by China Mieville, and  Ash: A Secret History by Mary Gentle.  This is not to say Rowling’s book is bad, rather that it occupies an entirely different niche of the book world than Le Guin’s, and is not a book any educated, intelligent fan of science fiction and fantasy would be interested in placing in a time capsule to the cosmos as a representative artifact of humanity.  Left Hand of Darkness is.  The juxtaposition can be made again by comparing John Brunner’s Stand on Zanzibar (the 1969 winner) and Robert J. Sawyer’s Hominids (the 2003 winner).  Sawyer’s a poorly written work of sci-fi filled with cheese, it bears no comparison to the corporate, social, and ecological concerns of Brunner’s work—a novel that continues to be relevant.  I doubt there are many professors of science fiction and English literature who would offer up Sawyer’s book as a testament to the power of literature, but Hugo voters tabbed it as the ”best of the year”, thus placing it alongside Brunner’s work as a ”stellar example” of the genre.  If the two comparisons above are not convincing enough, check the following juxtapositions and tell me if you think they are relatable in terms of overall quality, content, and intent:  Bujold’s Barrayar (1992) vs. Miller’s A Canticle for Leibowitz (1961), Vernor Vinge’s A Fire upon the Deep (1993) vs. Pohl’s Gateway (1978), Card’s Speaker for the Dead (1987) vs. Gibson’s Neuromancer (1985).  Walton’s Among Others (2012) vs. Clarke’s Jonathan Strange & Mr. Norrell (2005).  With the knowledge ”No Award” is a possible Hugo outcome, the inconsistency demands attention.

C. In a Vacuum

The bottom line for book awards is: does the book awarded represent the best book published in the relevant year according to award criteria regardless of the writer’s publishing house, popularity, gender, sexual orientation, or any other category which might influence the final result.  Does it challenge the standards for quality set by previous award winners?  Does it attempt to position itself as a beacon of hope/alarm/wisdom for society?  And, is there a chance it will be relevant in the future?

I set this baseline because, if the Hugo is indeed the most prestigious award of speculative fiction, the winners should be able to act as ambassadors to readers in the non-genre community.  In other words: ”If you don’t like spec-fic, try this list of Hugo winners.  Based on the superb style, relevant themes being driven at, and commentary on the human condition, it will change your mind about the genre.”  Likewise, if indeed it is to garner the best of the best, the winners should be able to stand shoulder to shoulder with winners of the Pulitizer and Man Booker.  The Hugo for Best Novel, as its quality so often fails to meet this baseline, is unfit for diplomatic duty.

Looking at the man for whom the award is named, the erratic quality of Hugo awards should come as no surprise.  Hugo Gernsback, founder of Amazing Stories (among innumerable other magazines), was largely responsible for the pulp era of speculative fiction.  His ‘entertainment first, science second’ approach to publishing resulted in a skewed perspective for many non-genre readers that science fiction is nothing more than ‘squids in space’.  Ethical, philosophical, and human integrity most often taking a backseat to wacky ideas, fantastical conundrums, pseudo-scientific oddities, and all manner of the weird, his legacy lives on in much of the work recognized as Hugo nominees and winners, i.e. pulp for the contemporary era.

Looking at this year’s Hugo nominations for Best Novel, things don’t seem to be improving.  In no particular order there is John Scalzi’s Redshirts (a comedy playing off Star Trek in serviceable prose), Saladin Ahmed’s The Throne of the Crescent Moon (a tried-and-true epic fantasy whose only difference from mainstream S&S is the Arabian setting), Lois McMaster Bujold’s Vorpatril’s Alliance (yet more space opera in the Vorkosigan saga), Mira Grant/Seanan McGuire’s Blackout (zombies and hackneyed politics), and Kim Stanley Robinson’s 2312 (a work of hard science fiction with visions of humanity as it colonizes the solar system).  Of these books, the only which aspires to hold more than commercial value is Robinson’s.  The rest are simply mainstream sci-fi/fantasy novels.  They do not challenge any norms, or the reader.  Likewise, there is not a prose artist among them.  (Robinson and Bujold are craftsmen, but not artists.)  And most importantly, only Robinson’s novel aims at commenting on the human condition.  (Bujold’s novel possesses moral elements, but as the Vorkosigan saga comes first, the overall accomplishment takes a hit.)  Like Harry Potter, I would not put these books in a space capsule to the universe to represent the best of speculative fiction in 2013—save Robinson’s.*

*September 2, 2013 - Since writing this post, Redshirts won the Hugo.  Scalzi is not a bad writer, but he also is not great.  His fiction, including Redshirts, is entry level, mainstream science fiction that adheres to most stereotypes of the genre.  But given observable trends in the Awards' the past two decades, his winning should come as no surprise...

If the Hugo were to reorganize its system—to raise its standards—to be better able to identify the truly quality works in speculative fiction (i.e. more than just the popular writers of mainstream sci-fi/fantasy from big name publishing houses), then there’s a chance the award could live up to the hyperbole and match such awards as the Pulitzer and Man Booker.  Otherwise, Patrick Rothfuss or Michael J. Sullivan will eventually win...
Posted by Jesse at 7:58 PM