Rocket Talk: Shooting for the Stars and Hitting a Streetlight 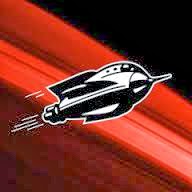 Recently Tor.com, one of the major online genre presences, decided to add its piece to the gameboard by introducing a podcast of their own.  Hedging their bets on the logo, they titled the podcast Rocket Talk, and produced a first episode on the Lego movie.  The host Justin Landon, with guests Bradley Beaulieu (novelist and podcaster himself) and Emily Asher-Perrin (Tor columnist and re-reader), together made an honest effort to analyze the film and expressed their personal opinions in sunny fashion but were unable to achieve the heights of critical discourse Landon obviously hoped the show to be.

The sum essentially a trading back and forth of subjective estimation, rarely did the conversation on Rocket Talk truly flesh out the themes on the agenda in functionally objective fashion.  In discussing the hero’s journey, Landon quoted Joseph Campbell.  But it was obvious from the discussion which followed none were completely comfortable with the concept, the cursory reading not enough to induce relevant discussion that interrogated the film in any significant fashion.  It goes without saying that before a person can talk about whether or not material subverts an idea is to first understand how the idea functions in non-subverted form.  Based on the bandying of personal opinion that the topic reverted to, none were fully knowledgeable.  But this should be no surprise: the untutored application of a literary theory rarely results in perspectives that fully penetrate the material at hand; rather they limply cling.


Political correctness an attack in all forms of media these days, the conversation on gender representation proved to be better grounded ideologically.  While it was obvious neither Landon or Beaulieu ever participated in gender studies (they offered predominantly conjecture), Asher-Perrin was able to make a couple of relatively astute observations singular to the film.  But with time seemingly an issue and opinion just beginning to scratch the surface, the discussion quickly shifted gears to fantasy intrusions on the real-world and predictions regarding the film’s future public perception.  The former again lacking the critical rigor necessary to develop a sophisticated discussion, the latter proved more comfortable territory, and the resulting conversation was the most informed of the cast.  Each of the three was able to draw upon their genre reading experiences to offer an opinion supported by examples that fit the topic.

By contrast, The Coode Street Podcast and The Writer and the Critic offer discourse that directly and indirectly applies critical techniques and analytical rigor (as well as knowledge of the field beyond mainstream genre). Rocket Talk, like political segments on Fox or NBC, offered conversation that gave the appearance of being in depth and on point, but upon closer examination reveals itself to be simply a glossing over, the actual content not very robust.  Each participant on the podcast dabbled in criticism using Important Key Words (‘meta’, ‘subvert’, ‘hero’s journey’, ‘gender’, etc.), but soon enough moved to the next item once they’d been spoken, the subject matter getting off lightly despite having been brought in for deep—as Landon states—interrogation.

Gary, Jonathan, and their guests on Coode and Ian, Kathryn, and the authors they discuss on The W & C have informed ideas and offer opinions rooted in a deeper knowledge of the field at large, as well as subjects both cultural and literary.  Thus, I would strongly urge Landon to invite such guests if he truly desires intelligent discourse, or, vice versa, tailor the agenda to the guests.  This is no sleight to the three, only it was obvious they lacked the analytical tools and underlying conceptual knowledge needed to broach the subjects with the depth Landon intended, and as a result were not fully in their element.

And lastly, were Landon to shore up his own knowledge of literary and cultural theory through offline learning and practical application, the podcast would only improve, and perhaps might meet his expectations.  By gaining a deeper understanding of the theories to be discussed, such quotes as “I’m going to get really deep into this, because that’s what I do.” and “This is a smart, literary podcast.” will not be so easily offset by “It’s like this totally scary thing, that like, he has to accept, uhh, and like…” and “A friend of mine who I’m friends with...”. The intention can be lauded, but the ability to apply the tools of criticism comes from years of reading, practice, and articulation, not through re-reading mediocre genre for Tor (Abercrombie’s First Law trilogy) or finding a wikiquote that summarizes the hero’s journey.

Kudos to the grand intentions of Rocket Talk, I just hope someday the grasp attains the reach.  With casts such as the SF Squeecast, Adventures in Sci Fi Publishing, Sword & Laser, etc. so popular, the genre could certainly do with a great deal more high-brow discussion.  And the material is there, just waiting to be discussed…
Posted by Jesse at 8:27 AM