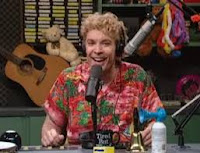 After two and a half weeks in Thailand and Cambodia, Speculiction is up and running once again!  As usual during long distance flights, I took the opportunity to watch films, something I don’t normally do.  Traveling with a one-and-a-half-year old, however, viewing times were limited to the moments he was asleep, as otherwise my imagination was being tested not by images and sound but by finding ways for a little ball of energy to expend itself in a tiny space without knocking over the cups, shouting in the ears, pulling the hair, and otherwise disturbing fellow passengers.


I was able to watch two films of genre interest, one on the flight to Bangkok, and the other on the way back.  The first was notably better than the second: the recent incarnation of Mad Max.  The special effects were great (something even the tiny airplane screen could not deny) as were the mad little details that really made the setting unique.  But more importantly there was a real story at its heart.  Max essentially rendered a supporting character, the movie focuses on the plight of one woman to free her imprisoned sisters from the travesty of an oppressive post-apocalyptic desert tyrant.  The film almost non-stop action from the get go, the woman’s story is developed meaningfully nonetheless, culminating in a very fitting final scene.  Suffice to say, I now understand the hype.

The second film was less successful: The Martian.  A bit of American-hero-in-space/science-is-great porn, the special effects, like those of Mad Max, are superb.  But the story is trite.  Space, yeah!  Science, cool!  We can do it!!  Yeah! Yeah!  Yeah!!   I found myself cringing with every attempt at humor.  I found myself rolling my eyes with every convenient coincidence and over-the-top success.   I found myself wondering what was supposed to be science and what “science” in a film so blatantly waving the science flag.  And ultimately, I found myself questioning the value of humanity on Mars at this stage in our development.  There are a million problems plaguing human life on Earth.  Why not solve those before looking to pollute, infect, or otherwise exploit another planet?  All in all, it’s empty calorie, feel good science fantasy that looks great.

If time allows, I will write an additional culture corner post or two on Thailand and Cambodia themselves, as I return to my everyday life with very mixed thoughts on the two countries we visited.