Green-faced: The State of Fantasy on the Market 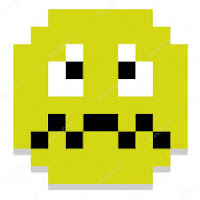 My children have a book called Yummy, Yucky. (“Daddy, read the Umm-umm, Bleh book”, they say.) A simple affair, pictured on the left page is always a child eating something tasty and a caption like “Soup is yummy” and on the right page a child eating something less tasty—“Soap is yucky”. Looking at the last two pages, on the left one sees “Ice cream is yummy” with the smiling child ready to dig into a full bowl, but on the right reads “Too much ice cream is yucky”, the child’s face green and laying in the empty bowl. I think I feel the same bleh about epic fantasy on the market these days.

It’s quite easy to observe the market is simply flooded with fiction, let alone fantasy. Harry Potter and the Lord of the Rings films (and likely Terry Pratchett) kicking things into high gear at the beginning of the 21st century, there has been a floodtide of wizards, knights, dragons, and warring kingdoms since. Looking in places like NetGalley, the Locus Upcoming Books and Recommended Reading lists, Amazon’s new releases, book blogs, goodreads, ezines, publisher websites, etc. and there seems an infinite number of fantasy titles appearing. It’s literally impossible to keep up, let alone read the books. It’s gotten to the point, in fact, that all the books’ titles are blurring together—the dreaded, too-much-ice-cream green face.

For ha-ha’s sake, I started going through the aforementioned places, seeking out some—some—recent fantasy titles, and pulled together a list. Observe for yourself the abundance of mortality, magic, monarchy, and metals. (And sorry for the commentary, I couldn’t resist.)

When I tell you all those books appeared only in the past year, not to mention are only a small portion of the total fantasy released, your mind is further blown…

I don’t know what to say. That is the rat race state of epic fantasy (where anybody and their grandmother are allowed to enter a rat given crowd funding and self-publishing). The amount of war, blood, and latent violence contained within the titles is amazing, and I can imagine that it would only be absolutely mind-numbing were we, dear readers, to consume all of that in one, long, tortuous go. It seems I now need to write a piece on how epic fantasy, with its massive worlds, innumerable characters, varied cultures and races, detailed cosmologies, etc. is simply unsuitable for such a rat race, not to mention how publishing of innumerable titles only waters the whole down—no matter how good some of it may be. And don’t even get me started on the book covers; if I had a penny for every scowling teenaged girl wielding a sword I’d be able to buy—wait for it—a bowl of ice cream… It’s umm umm until it’s bleh…
Posted by Jesse at 4:34 PM