Console Corner: Review of Shadow of the Tomb Raider 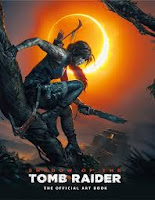 While not a return to the original Playstation’s Lara Croft, 2013’s reboot Tomb Raider: Definitive Edition did bring the archeologist cum gunslinger cum puzzler onto the modern generation of consoles with a splash. Focusing more on action and platforming than puzzles, the game was a rush of shooting and scrambling that kept the story’s pedal to the metal all the way to its fantastical ending. The follow up title, Rise of the Tomb Raider, looked to expand itself and slow things down a little. Upping the ante on environmental puzzles, the game likewise added a lot of geography by moving from linear to semi-open world, something which was ill-considered in my opinion. Caught on the fence, it couldn’t offer everything of what each form is good at. Players who enjoy open worlds and collectibles had a heyday, while those who wanted a pure story experience were often forced to participate in spurious activities and retrace ground they’d already covered (items a person could spend hours collecting in the world could just as easily be looted from dead bodies while pushing the main storyline forward). And this is all not to mention the facts that the game’s bad guys, Trinity, were as vanilla as can be, and the Siberia portrayed in the game rarely convinced of being a home to ancient, fantastical magic just waiting to be discovered. The Tomb Raider reboot originally conceived of as a trilogy, 2018’s third and final game in the series, Shadow of the Tomb Raider, looks to complete Lara’s character arc: how the tomb raider became the tomb raider. Let’s take a look.

Shortly after the events of Rise of the Tomb Raider, Shadow of the Tomb Raider opens with Lara on the heels of Trinity, this time in Cozumel, Mexico, where she and her partner Jonah believe they have pieced together enough of Lara’s father’s journals to be able to locate a special Mayan artifact. Finding the artifact just before Trinity, Lara is caught while escaping, and is forced to confront Dr. Dominguez, an archeologist working for Trinity who has dire warnings given that Lara has disturbed the artifact. A supernatural occurrence intervening, Lara has no choice but to continue her search for Mayan artifacts in the jungles of Peru, still on the heels of Trinity…

In terms of format, Shadow of the Tomb Raider sticks closer to Rise of the Tomb Raider than Tomb Raider: DE; it remains a semi-open world experience onto which story is laid. But this time around, however, things are more refined and specialized, making for a tighter, more enjoyable gaming experience for gamers who dislike repetitive open world gaming. Harking back to the original Tomb Raider, the game’s focus leans more toward environmental puzzling and discovery than collecting and action. While I wish Crystal Dynamics had gone the whole way and made story progression a matter of puzzle solving rather than action-sequences, the manner in which discovery and puzzling have been integrated into progression is satisfactory, feels more closely aligned with tomb raiding, and helps disguise clichés and gaps in story. The fact that players can adjust the difficulty of these puzzles at any time in the game’s menu feels a minor breakthrough in AAA gaming, and a boon to the game.

And setting is just perfect. Where Siberia fell flat in Rise of the Tomb Raider, the jungles of Peru in Shadow, with their jaguars and mossy stones, buzzing insects and dripping leaves, hanging vines and tropical heat, feel perfect for tomb raiding, particularly when some giant stone face or jade pyramid emerges from the jungle. Mayan culture one of the world’s most perfect fits for Indiana Jones’ style exploration, the environmental puzzles and challenge tombs all fit wonderfully within the motif. There are numerous moments where rounding a corner to find a massive golden temple or crawling through mud to arrive in a mysterious ante-chamber invoke a sense of awe. At no time in any of the previous games did I catch the same sense. Developers seeming to have saved the best setting for last, Lara feels very at home in Shadow.

And Lara’s move set grows in parallel. Where players spend most of their time in Tomb Raider: DE and Rise accruing XP and progress to unlock special skills, Lara begins Shadow with almost all of those skills available. Onto this foundation Crystal Dynamics layer new skills, including extensive swimming sections reminiscent of the original Tomb Raider games. To reveal additional special skills is a spoiler as several are quite enjoyable to discover on their own, but suffice to say Rambo appears to have been a key influence on the game. Stealth taking on additional importance, the number of options in this area are significantly developed to the point even some Assasssin’s Creed developers should pay attention.

And the move toward stealth complements the storyline. Where Lara is essentially a mass murdering freak bent on archeological discovery at all costs in the first two games, Crystal Dynamics call this approach into question in Shadow. Lara spends much of the game paired with Jonah, which gives a chance for their two different perspectives on treasure hunting and collateral damage to surface. Secondly, Shadow’s antagonist Dr. Dominguez is (almost) everything that Konstantin from Rise is not. Where Konstantin continually does what every villain in every mainstream story has done for decades: be bad, Dominguez offers something different. Almost (but not quite) a good guy in several scenes, he casts Lara’s actions and behavior in a new light, even making her appear evil at times. (Shadow of the Tomb Raider, get it?) No longer is Lara clearly in the right with every move she makes. No longer does mass murder always seem the right path forward. No longer does it seem proper to push at all costs to discover and disturb the secrets of the past. These differing perspectives, as well as memories of her childhood leading up to her father’s death, take Lara down paths previously unexplored in Tomb Raider games. I could go off on how I wish Naughty Dog had interrogated Nathan Drake’s character in a similar fashion in Uncharted 4: A Thief’s End, but suffice to say it’s extremely refreshing to have a developer question the carnage and mayhem their characters cause within the game.

If there are any issues with Shadow, one would be dialogue. It’s not always as mature as, for example, that of Witcher 3: The Wild Hunt. There are some touchy-feely moments that suit the story, but don’t feel wholly natural or realistic. The second issue would be story editing, for example, the opening sequence. Trying to start with a bang, the game begins in media res; Lara and Jonah are plummeting earthward without parachutes in a damaged aircraft. They are just about to crash when the scene cuts to Mexico and the pair exploring a temple. The exploration of this temple vivid and engaging, one wonders why this could not have been the ‘bang’ on which to open the game. When looking at how developers/narrative writers were looking to portray a softer, more contemplative Lara this time around, opening on the temple and the subsequent confrontation with the game’s antagonist would have been more appropriate, especially given that immediately following the temple scene the games cuts back to the crashing airplane. Most good media res openers save their weight for later in the story when the action and realization how the pieces connect have greater impact (Uncharted 4 did this well). There are some other editing hiccups that lightly impede the flow of story, but nothing that corrupts the overall vision. And thirdly would be overall story. More cohesive than the first three entrees, it nevertheless moves at a speed that outpaces itself upon the final few chapters: too much crammed in. Crystal Dynamics would have been better off unpacking some of the earlier scenes rather than skipping lightly over them in an attempt to deliver as dynamic a conclusion as possible.

So, while a good portion of the internets believe Rise of the Tomb Raider is the best of the trilogy, I have to say Shadow is definitively the best. There is room for improvement, but of the three games it offers: the most dynamic gameplay (Lara’s skill set keeps getting bigger and bigger), the best, most integrated puzzles, the least vanilla storyline (in fact, even attempting to subvert the standard video game hero story), the best graphics, and overall the tightest balance between action, stealth, platforming, and puzzling. And let’s face it, jungles with mossy temples, tombs, and ancient magic are Lara’s home—it’s where she was meant to be doing her thing. Ironically, I believe it is Crystal Dynamics’ questioning of Lara’s ambition, hubris, and mass murdering that put the game out of favor for people who reviewed the game negatively. (ACG even openly states: “not enough action”, which leads to the question: since when is killing a requisite for an enjoyable gaming experience?) Thus, for as mature as the game may be in comparison to the previous two entries in the trilogy, it’s likely too mature for the crowd who love Call of Duty, Battlefield, and other mindless shooters. In other words, don’t let the “disappointment” of Shadow expressed by some gamers put you off. If you enjoyed the original Tomb Raider games, this is by far the closest the current generation has gotten to delivering a similar experience without sacrificing the best of what modern gaming offers.