Review of "The Master and Margarita" by Mikhail Bulgakov 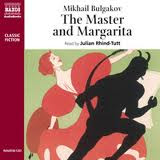 While mid-20th century Russian propaganda wizards were twisting words to hide the truth, Bulgakov wrote a response that proved fantasy could be used to reveal wisdom rather than confuse it.

An absolute feast of a book, The Master and Margarita serves up a delicious variety of characters and scenarios - naked witches, talking cats, and a devil’s ball - as a less-than-subtle riposte to communist cant.  In the process, Bulgakov simultaneously subverts the doctrine of his day, declaring the universal power of the written word to have a staying power government ideology can never achieve.

Reading the incisive and often comedic manner in which Bulgakov eviscerates communist dogma, it’s a wonder fantasy is not used satirically more often.  Suffice to say, the book is not meant to be read as a story in any linear sense.  There is a plot, but symbolism and metaphor bear the lion’s share of the narrative, and as such it is difficult to sum up the story into a neat sentence or paragraph.

Painstakingly written to avoid censors, it requires effort from the reader to place meaning and sort through the variety of representations as they relate to the work’s ultimate message.  That Bulgakov is likewise able to draw in threads of religion and history into an already powerful theme elevates his work to a height achieved by few novels ever written.  If you thought you had read all of the best literature of the 20th century but not yet picked up The Master and Margarita, by all means do, if not for the re-read value alone.

(This review has also been posted at www.fantasyliterature.com)
Posted by Jesse at 2:56 PM