The name Patagonia conjures up a lot of images in people’s minds, even for those who have never been there.  Mountains, deserts, wildlife, and wiiiiiide open spaces, there is a strong sense of isolation, and as a result freedom, inherent to the stretch of South America that connects the nether regions of the south to the more populated in the north.  An extraterrestrial wild west, I loved our time there.  From the first class asados to the wine, Pampa desert to the people—even the lonely town of Perito Moreno was a nice place to spend time.  Caveat: a place to be experienced in person rather than vicariously through photos, I will be unable to convey the feeling of actually being in Patagonia with what follows.  Recommend you go yourself. 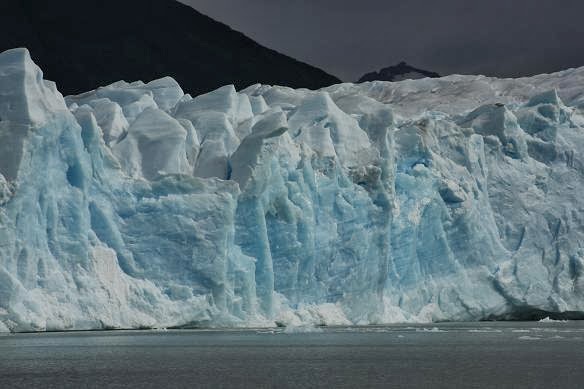 Our time in Argentina began with Bernard O’Higgins National Park.  Home to innumerable peaks, lakes, glaciers, and the southern ice field, it surely is one of the most beautiful places in the whole world.  The Perito Moreno glacier (above) is just one corner. 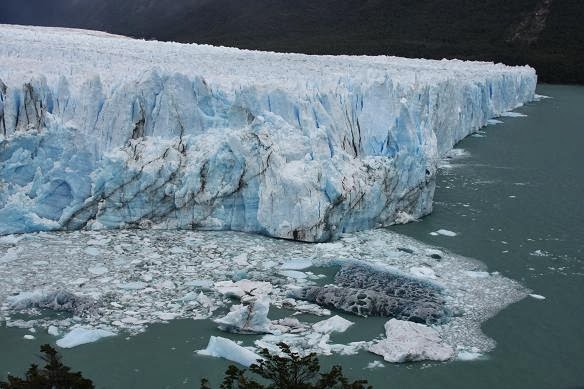 One of the few remaining glaciers that is actually advancing rather than retreating, every ten minutes or so the Perito Moreno glacier would calve, massive pieces of ice breaking off and cascading into the water. 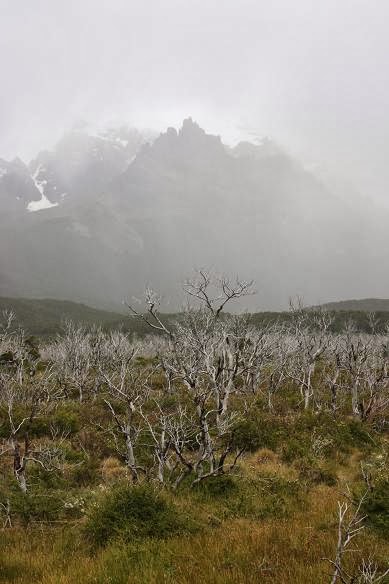 Weather in Patagonia fickle, it was in the northern part of the park we ran into some bad luck, Mount Fitz Roy and Cerro Torre (above) were covered in clouds, wind, fog, and rain. 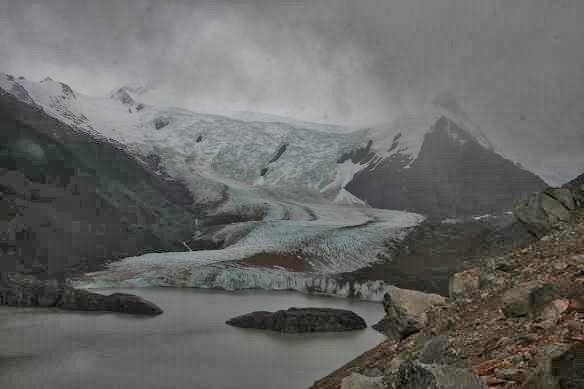 We could see the glacier just below Cerro Torre, but not the peak itself. 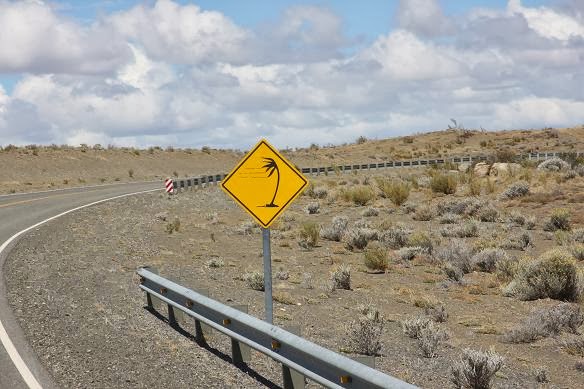 Even in the wide open, sunny areas the wind could be ferocious.  The desert you see beyond is all we saw for three days in a row. 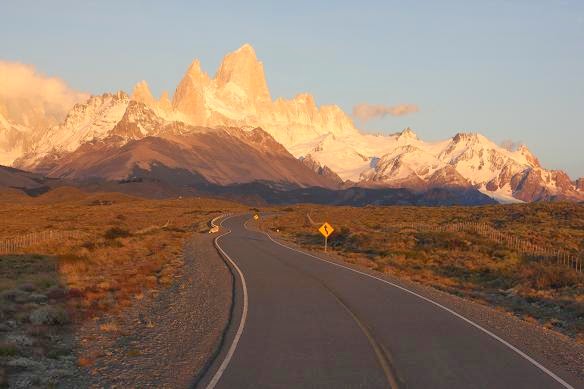 After we were pushed out of O’Higgins by the weather and the unfortunate cancellation of our guide (for what would have been a nine day trek across the ice field), our bus ride the next day gave us this view of Mount Fitz Roy.  Nothing we could do but sigh…  I think I’m still sighing. 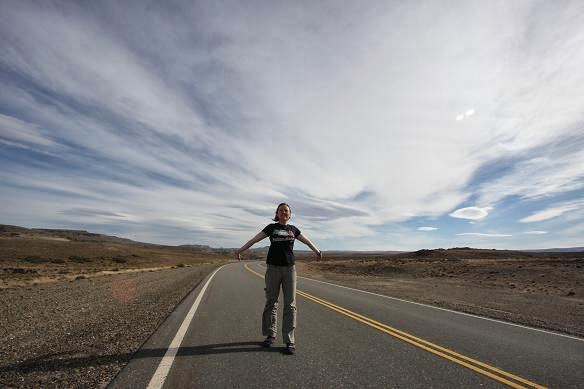 Our luck not improving, the bus broke down on Route 40.  But it did give my wife a chance to try to fly across the Pampa. 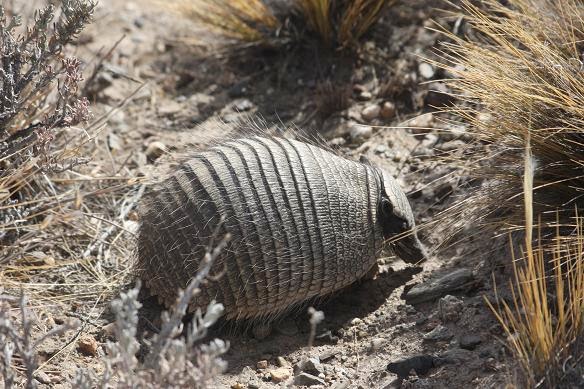 Called a Pichu, this little guy came crawling out of the bush in front of our car.  Apparently the creatures are half-blind, which is the reason our pathetic zoom was able to get so close. 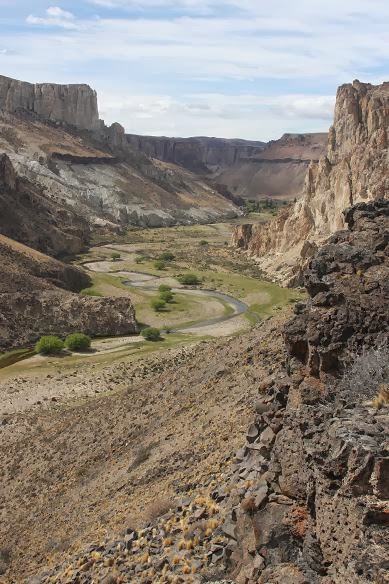 Like something from a John Wayne film, this canyon proved a wonderful two-hour hike leading up to— 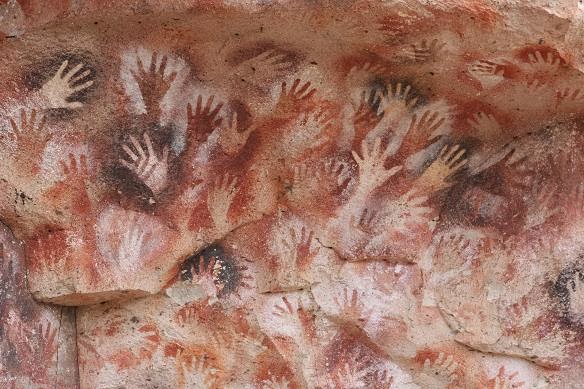 —the Cave of Hands in mid-Patagonia.  The varying sections ranging from thousands to hundreds of years old, natives were among the first to create stencil art.  Using themselves as the negative, they filled reeds with pigments obtained from crushing and grinding colored earth and blew the resulting dust over their hand, creating what you see above.  And we thought vandalism was a problem of civilization… 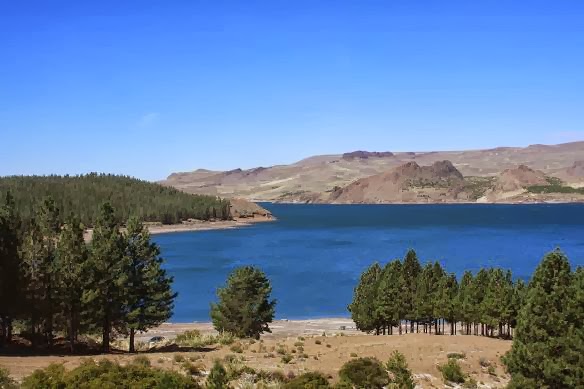 Reminding me very much of the American West, this is a photo from the Seven Lakes area near Bariloche in northern Patagonia.  Midnight rather than glacial blue lakes, dry desert, and alpine forests characterized the region. 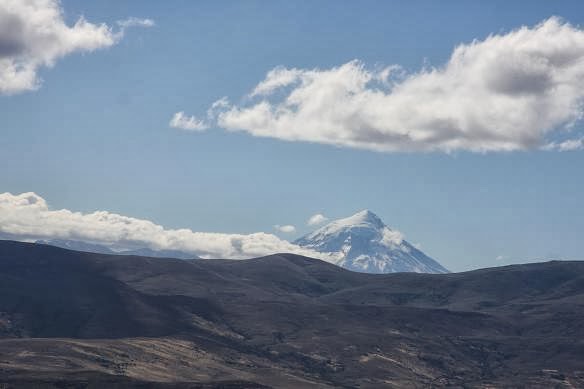 Our guide having unfortunately had to cancel in O’Higgins for health reasons, our alternative plan was to climb this bastard: Volcano Lanin.  More than 3,747 meters tall (12,300 feet for the metric impaired), it is the highest peak in the region and promised good hiking and good views.  (I will ignore all the crap we had to go through to get to the Volcano and give the short version: if you’re thinking of doing the Lanin hike, don’t go to San Martin de los Andes.  Stay in Junin de los Andes.  It has everything San Martin does, but without the tourists and associated prices.  Secondly, the things people say you need to climb the volcano are indeed checked by the park rangers before they allow you to start.  Regardless of whether you actually need it or not, helmet, radio, ice axe, walking poles, and crampons, must be brought along with standard camping gear.) 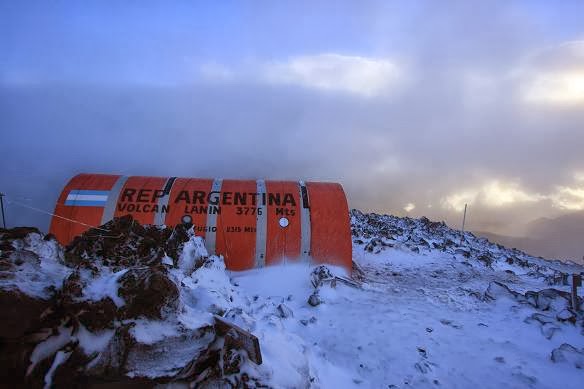 The first stage of our hike, along with taking us through some ripping winds and rain, brought us to the first Refugio on the volcano.  Looking more like a space capsule, it’s meant for eight people.  We stayed with twenty and learned it’s true what they say in real estate: location is everything. 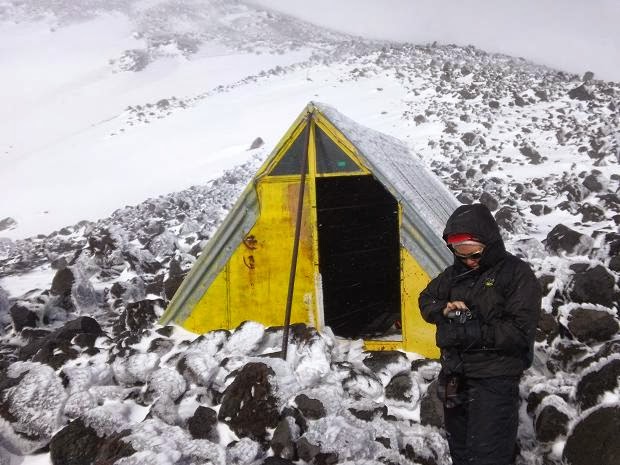 But like at Bernard O’Higgins National Park, the weather did not prove cooperative at Volcano Lanin.  With winds averaging 60 km/h, and gusts sometimes reaching 80-90 km/h, not to mention the resulting rain, sleet, and snow sandblasted into your skin, we were unable to make the final assault on the peak.  We tried, but after an hour's struggle, stopped at Refugio #3.  The lines superimposed on the doorway above are not marks on the door but bits of ice captured midflight.  Not having any extra days built in to our vacation, we unfortunately had to turn back at this point, leaving Volcano Lanin unclimbed.

Our last few days of vacation were spent getting back to Buenos Aires, and eventually, Poland.  Buenos Aires, though a pleasant enough city, is not the most photogenic.  Sleepily cosmopolitan, it was a good place to wind down after so much hiking.  The food and wine were superb, but, when it comes to character, something is lacking.  I will thus end posts of Chile-Argentina here.
Posted by Jesse at 5:51 PM