Console Corner: Review of Rise of the Tomb Raider 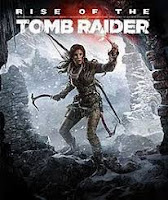 I am old enough to have played Tomb Raider when it first came out on the PS1. One of the few games I invested myself in (at the time) to complete, I loved the eerie atmosphere of the caves and loved even more working through the puzzles. I would say the game gave off a proper Indiana Jones, tomb raiding feel that defined Lara Croft and her world. Fast forward twenty years to the release of Tomb Raider (2013). While certainly technically and graphically enhanced, the game only partially echoed the original. Revamped for the modern Assassin’s Creed/Uncharted audience, Crystal Dynamics opted for a faster-paced, story-driven, action-adventure game. There were puzzles, but they were complementary rather than necessary. I would still say the transition was successful, however. More sophisticated than Uncharted and less convoluted than Assassin’s Creed, Tomb Raider (2013) held a nice balance across its elements that made for a fun, enjoyable gaming experience—so much so I invested in the follow up, Rise of the Tomb Raider (2015).

Where Tomb Raider (2013) aimed to be the origin story of how Lara Croft changed from university student to fledgling tomb taider, Rise of the Tomb Raider aims to be… I don’t know what to write here. I suppose it aims to be the next logical step: Lara’s digging into her father’s shadowy past as an explorer and adventurer, finding more about the mysterious ‘holy grail’ he sought, and moving her closer to the Tomb Raider (sound the gong) we are familiar with. The reason I say I’m not 100% sure what to write is that Rise of the Tomb Raider’s storyline is weak. I understand faceless enemies are the norm in video games, but Trinity and its minions are too many degrees separated from Lara’s relatively human story to be remotely relatable. (The treasure hunters in the original Tomb Raider still seem the most logical competition.) Secondly, there were too many times I felt I was just going through the action/adventure motions of uncovering secrets, being captured, discovering numinous objects, escaping, etc., etc. It was as if the story’s pieces lacked the proper setup to allow me to suspend my disbelief. And thirdly the storyline felt vanilla—like one I had seen or read several times before. (In fact, I believe Uncharted 2’s storyline may have been nearly identical…) There were few truly unique details or signature moments to distinguish it. Things evolve exactly as expected, no surprises. As story is one of the primary reasons to play the game, around the halfway point I was struggling to remain engaged.

Adding to the uncertain feeling is that I never bought the idea of Siberia as a place where ancient societies build kingdoms to hide their fantastical secrets. It’s a flat, snowy land with endless, endless miles of forest—nothing is happening there. But not so in the game. Save a few of the opening scenes, gameplay felt like a generic ice kingdom in the Himalayas or Andes (given the amount of climbing Lara is doing, especially) versus the flat forest steppes of Siberia. And the mix of Greek, Monogolian, and Russian influences just didn’t fit together into a comprehensive package. Tomb Raider (2013) did a better job combining its story and setting.

As mentioned, one thing I enjoyed about the revamped Tomb Raider in 2013 was its balance. Not as simple as Uncharted’s one-gun-at-a-time bang-bang-bang and not as complicated as many games’ weapon wheels, Crystal Dynamics limited Lara to four weapons mapped to the d-pad. When running, jumping, climbing, etc., she was likewise able to interact with her environment in more sophisticated ways than Nathan Drake, which made the traversal sections more interesting, yet not in the button-wrangling way most fighting games require. And lastly, there were collectibles in the game, but not a shit-ton like in many open world titles. Yes, nicely balanced. Rise of the Tomb Raider I do not believe is as nicely balanced. Looking more toward an open-world experience yet not committed to it, the number of items is vastly increased, many (most?) of which have little bearing on actual gameplay. Animals, branches, bird nests, and other natural resources are a particular source of dismay. Crystal Dynamics try to present Lara as a “wilderness survivor” character, and accordingly these resources are needed to “survive”—to upgrade weapons and craft ammunition. They are found scattered around the game’s environment, but unfortunately can also be looted from enemies. In other words, I very quickly gave up scavenging when I learned I was getting all the items I needed looting baddies, which in turn destroyed the survivor motif developers were going for. What’s the point of running around collecting resources in nature when I just need to participate in the main storyline and will get them anyway…

The other aspect of open-world gaming less successfully implemented is collectibles. This can be encapsulated in the fact that, upon finishing the main game my overall completion percentage showed only 59%—which represents to me how wishy-washy the game’s developers were in deciding: is it open world or linear? To be clear, there are no side-quests to flesh out this remaining 41%, only a few optional tomb puzzles, two small expansion packs, and a shit-ton of collectibles that are just that: things lying around waiting to be found and not integrated with story. And yet the focus of the game is clearly story…

I’ve been critical thus far, which is wholly unfair to Crystal Dynamics. Firstly, gameplay is smooth and fluid. Guiding Lara through the environments is an easy, intuitive experience that keeps pacing quick and engaging for the player; they can always push the storyline, head on. On top of this, developers gave Lara new skills not available in the 2013 game. Most of these are revealed as the story evolves, so best left for the potential player to discover. I will only say that they add interesting dynamics to traversal, even if some are limited in use. Secondly, production, like in Tomb Raider (2013), is great. I encountered zero glitches or bugs, the graphics and sound are as good any other top-tier PS4 game on the market, and the blend of action, puzzling, cut scenes, etc. has all been planned, collated, and edited extremely well. The story is indeed weak, but it has been implemented in game form, excellently. The last thing Rise does well—even better than Tomb Raider (2013)—is puzzles. In Tomb Raider (2013) they were not very challenging, more distractions. With Rise, puzzles were implemented that require a fair amount of trial and error to get through, meaning the level of satisfaction is all the higher when solving them.

Due to the lack of committal on behalf of Crystal Dynamics (open world or linear?) and the generic storyline (how many times have I seen that before…), I feel Rise of the Tomb Raider is a teeny, tiny step back from Tomb Raider (2013). Gameplay, however, is fast and exciting, graphics and sound are well done, the balance of controls, options, and actions remains superb, and the puzzles are certainly more interesting and challenging. The bottom line is: I will play Shadow of the Tomb Raider (the third—and final?—game in the Tomb Raider reboot series) someday.