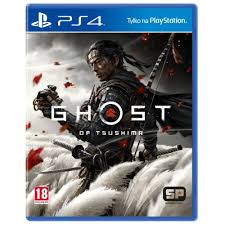 Longer Review: Over the years, and undoubtedly over the years to come, there have been and will be video games trying to capture some essence of ‘samurai’. From Ninja Gaiden to Shadow Tactics: Blades of the Shogun, the world has a fascination with these Japanese knights, their code of honor, and the deadly katana combat they are famous for. And there has been, and will likely be controversy over how well or poorly these games capture that essence. With Sucker Punch’s 2020 Ghost of Tsushima, however, it’s difficult to see where any controversy might arise (save the ‘cultural appropriation’ crowd, natch).

Seeming to take all the lessons learned from this generation’s action-rpgs and blending them into a synergistic vision of single-player campaign glory, Ghost of Tsushima pushes all the right samurai buttons (har har). Fluid combat, engaging world-building, a story of honor and glory, evolving upgrade paths, blessedly short loading times, a staggeringly beautiful setting—finding holes in the game is very difficult. All the good parts of other games borrowed and implemented in a historically realistic setting, Ghost of Tsushima may be the last great game of the current generation of consoles.

Ghost is the story of Jin Sakai. A young samurai lord, he is called to battle when the Mongols invade his northern Japanese island of Tsushima. The mongols an overwhelming force, the khanate quickly take over the island, leaving samurai and peasants dead everywhere. But not all. After recovering from his injuries in battle, Sakai focuses all his energy on retaking the island for his native Japan, and with the help of a team he slowly gathers around him, they fight the mongol horde with every trick they know. Some of these tricks going against the samurai code, Jin’s own honor is tested throughout the arduous journey of wresting back power from the Khanate.

Out of the box, Ghost of Tsushima is a highly polished game. It’s clear a huge amount of TLC went into this game. From the varieties of melee and ranged combat to the details of flute songs, haiku, dress, and landscape, the game feels like a top to bottom complete effort that went onto shelves only when it was properly baked and ready. In an age when games can be purchased with the real possibility of bugs and glitches galore, having an old-school, ready-to-go-at-purchase game is wonderful.

Loading times, oh the loading times, they are sublimely short. Where The Witcher 3 takes one to two minutes to load after fast travel, Ghost of Tsushima is literally 10 seconds. Even the main load when starting the game takes less than minute. Likely there is some technical wizardry happening, but it’s also clear that Sucker Punch achieved some of this speed with environment design. Which is a good segue…

Many players and reviewers have raved over Ghost’s beautiful environment. And indeed, at a glance, it looks phenomenal. The colors, the movement, the framing, the presence of nature, and the capture of scenes and spaces can be breathtaking. But looking a little closer reveals that the environment is more impressionistic than realistic. Where many other games try to faithfully re-create reality (The Last of Us Part II being a great example), Ghost seems more intent on capturing a feeling, a romanticism, an idealized view to samurai-era Japan. Colorful leaves and cherry blossoms are omnipresent in the game, swirling in the wind, adding a weight of sentimentality. But the presentation is not enough—close, but not enough—to give the player the sense this is a true, living, breathing place. It remains a romanticized place. While I feel this simpler approach to graphics helps immensely with loading times, it does not always complement the very realistic nature of costumes, nor the visceral depiction of combat. Glistening splashes of blood erupt realistically from sword slashes, just as a huge amount of attention seems to have been paid to the details of hats, dress, and clothing in general. I understand Sucker Punch were going for a Kirasawa tribute, and in terms of cinematography and storytelling they succeed. But Kirasawa had reality as a setting, something which the game may romanticize more than portray.

Let’s address the gorilla in the room: open world gaming. Ghost of Tsushima is one, and includes many of the stereotypical elements of such games. Uncovering the map, fast travel, waypoints, main & side quests, random bandit camps to ensure the space between story points does not become a drag—and the list could go on. Sucker Punch seemingly quite aware of the pitfalls of open world games, however, these elements are combined in a lean, tight package that rarely overstays its welcome. A player can level up to an appropriate state fit enough to complete the game doing only a quarter/ third of the available content. The rest is for people who like getting lost in side quests or otherwise love the game. Contrast this with modern Assassin’s Creed games which have players invest dozens upon dozens upon dozens of hours into leveling up to be able to pass through level-gated story points. By leaving things open to players to complete as they see fit, Sucker Punch have done the community and gamer a favor. If they want, players can spend dozens and dozens of hours 100%-ing the game, but far less is needed to get the main story experience. Overall, this makes for a nice balance between linear and open that is “open” in the broader sense of the word.

The other note on the open world aspect of the game is the manner in which the setting has been integrated. The best example I can give is direction finding. Where Assassin’s Creed Origins puts an artificial line on the ground, guiding the player the next waypoint (thereby foregoing any enjoyment or appreciation of the game’s environment as they follow the line), Ghost uses the wind to guide the player. Swipe the touch pad and the leaves and blossoms will swirl in the direction of your goal for a few seconds, allowing the player to orient themselves before continuing forward, the environment again available to their viewing pleasure. And various other aspects of culture and nature have been integrated with the environment. Tucked away temples grant upgrades. Finding hot springs adds to the player’s health meter. Foxes and birds guide players to secret places. Composing haiku at serene locations gives special powers. And so on. Nature as much a factor in the player’s traversal of the environment as taking down Mongols, it’s exciting to see a game with such creative integration. (In turn, this makes a lot of today’s open world games feel ordinary or even drab by comparison.)

In the end, Ghost of Tsushima is a noticeable step above the annual offerings from Ubisoft and Activision. Where at times it can feel like such games as Assassin’s Creed or Call of Duty are factory products, there is a clear element of TLC present in Ghost that doesn’t exist in those other titles. The focus on integrating upgrades with the environment, the layered combat, the flow and style of gameplay—these are a cut above. That being said, the game falls just shy of titles like Witcher 3 or The Last of Us Part II in terms of character and story. The maturity is not there. What’s offered is far from bad, and certainly a step above the vanilla in other games, but it does still seem to have the goal of universal appeal, as well as historical parallels. The story of a strong-willed warrior protecting his nation’s honor and glory from greedy invaders is a tried and true story if ever there were, and the details of Jin Sakai’s personal story, while not generic, nevertheless lack the depths of humanity to make him wholly 3D. Despite these aspects, the game comes highly, highly recommended as we close down the fourth generation of Playstation and look to the fifth.