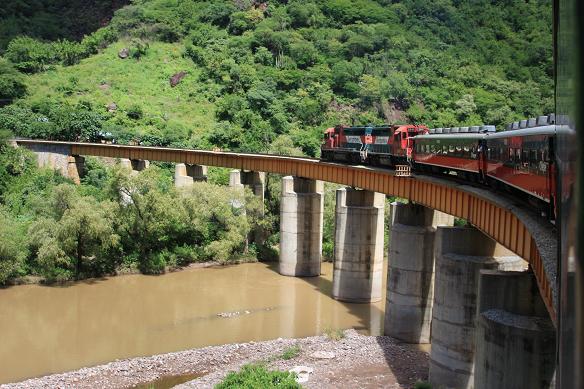 After Baja California, we took a ferry across the Sea of Cortez and hopped on the Chihuahua Express, Mexico’s only remaining passenger train.  (Like the US, the rise of the personal auto destroyed train travel.) 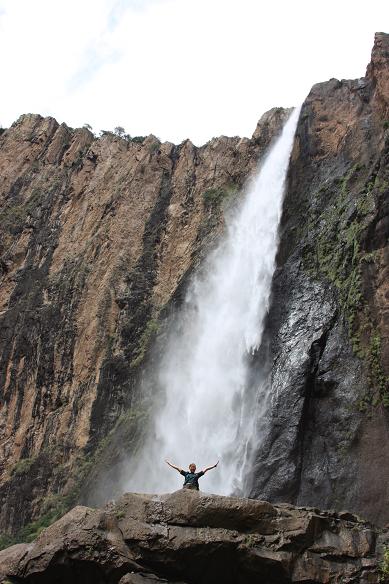 Tucked inside the sprawling canyon are amazing waterfalls (like this!), ranches, lakes, interesting rock formations, minority groups, old Spanish missions, and many other things – including us for a few days of hiking and mountain biking. 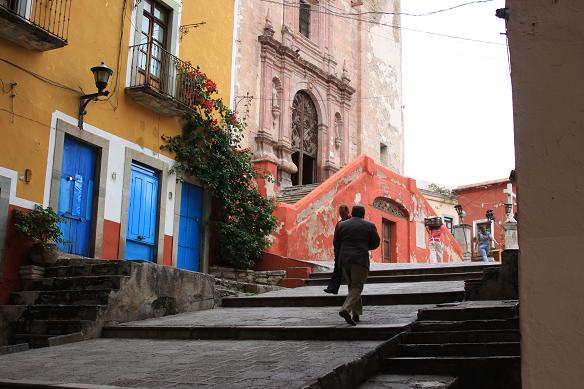 I like this photo as I think it does a good job of representing Mexico.  Among the aging hues of colonization are very vivid dashes of color that speak to the heart of Mexican life, something the economic conditions of the country cannot suppress.  There is a dilapidated church in the background, a fixture in Mexico, which conveys the relaxed feeling of being in a relaxed country.  The only thing that’s missing is a dash of music, such as an organ grinder or street performer… 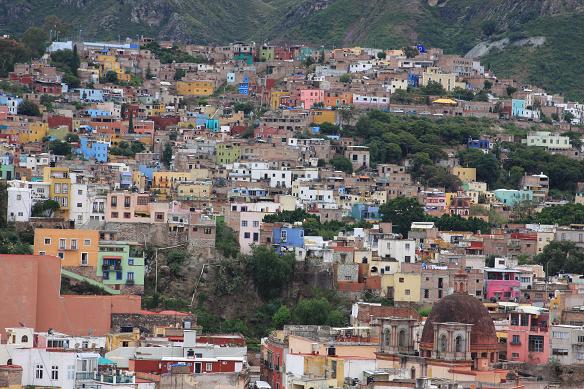 Like the previous photo, this is Guanajato, tied for first among the best cities we visited.  (The other was Zacatecas, a very similar city.)  Walking the streets, the colors of the buildings are even brighter, and when mixed with the vibrancy of colloquial life, the result sets a traveler’s blood flowing.  Mariachis performed for us at restaurants, fresh fruit was sold on every street, and around every corner was a quiet plaza with a cafe guarded by lazy parasols from the sun.  Also, the fact it was built in a valley allows the city to evade the boredom of flat, straight streets, the curse of many a city in the world. 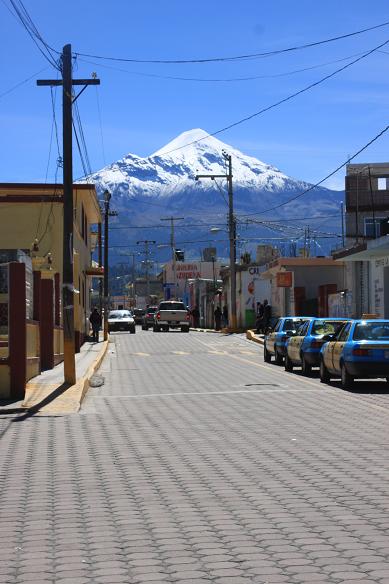 For our last hurrah in Mexico, we decided to climb the volcano Pico de Orizaba.  This is a view of the volcano from the town at its foot where supplied ourselves and found a ride to base camp. 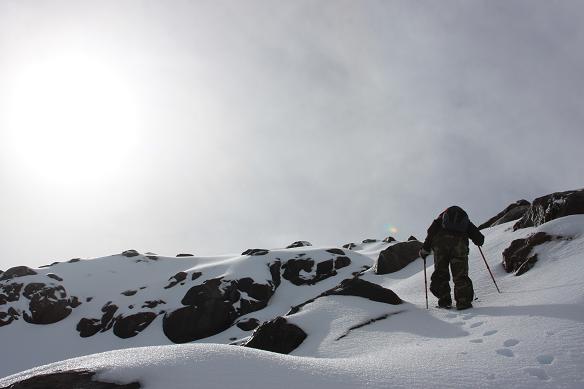 For two days we sat in the hut at base camp (4200m/13,800 ft) while the wind blew, rain fell, and snow drifted in, no chance for a hike to acclimatize.  Even at 2AM when we awoke to begin our summit, the rain still poured, postponing our hike.  It wasn’t until 6AM the fog and rain lifted just enough for us to set off.  For the first few hours photos were impossible due to the weather.  But for a brief moment it lifted and I was able to get this photo of H. 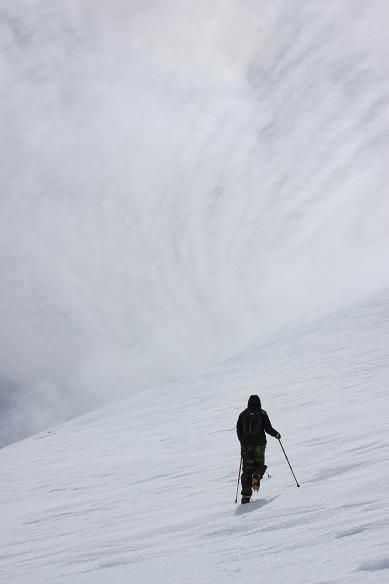 And finally, around noon the clouds completely lifted so we could see to the peak.  Awesome!! Here we are making our ascent up the glacier with the wind kicking up snow and howling overhead.  Unfortunately, due to our late start and inability to properly acclimatize the preceding days, we were unable to summit, but did achieve enough to smile and say: “We tried!”, making it to about 5400 of its 5600 meters (17,700 of 18,400 feet).  I think this photo is awesome. 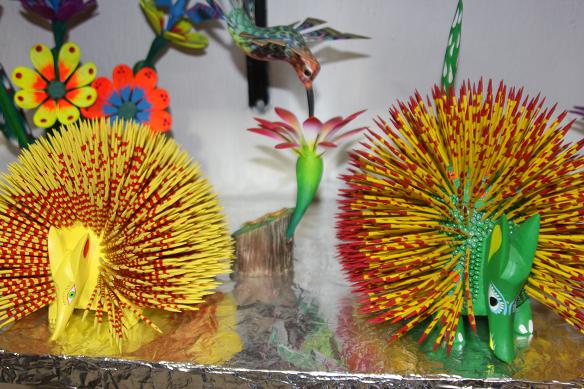 Our last days were spent in Mexico City buying gifts and more gifts.  Above are some choices we had, colorful toys called abrijoles that match the colorful streets and lifestyle of Mexico. 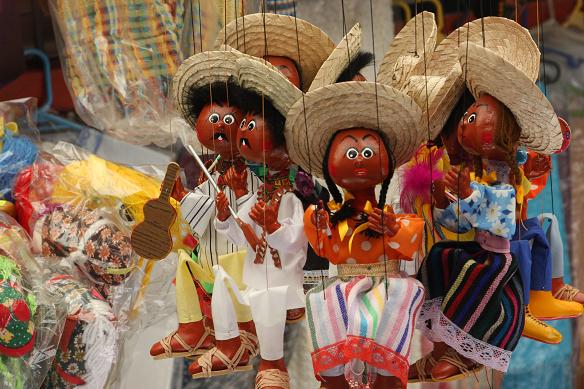 Mexico is a souvenir shopping paradise, the number of things to buy both mindboggling and frustrating as you want so many of them for no other reason than to just have something cool from Mexico.  Unfortunately I must suffice with a photo of these marionettes and not have one hanging in front of me as I type.  (Talking to me, of course, telling me to head into the kitchen for a shot of mezcal or to pick up my own guitar and begin plucking along with an imaginary chiquita  in a sombrero, sitting beside me, singing about the lost love in her corazon…)