(In case you missed them, Part I is here and Part II is here.) 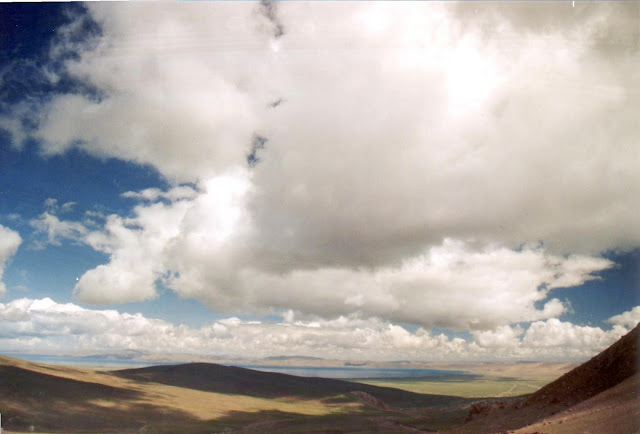 After our four day hike, we returned to Lhasa for a couple of days to regroup and re-supply for our next hike near Lake Nam-Tso.  One of the highest lakes in the world, it's almost in the clouds. Arriving to a hive of buzzing lakeside tourists, we chose a mountain to climb and walked away from the din.  (We chose the darkened peak in the middle with the sliver of snow on its shoulder for our climb.) 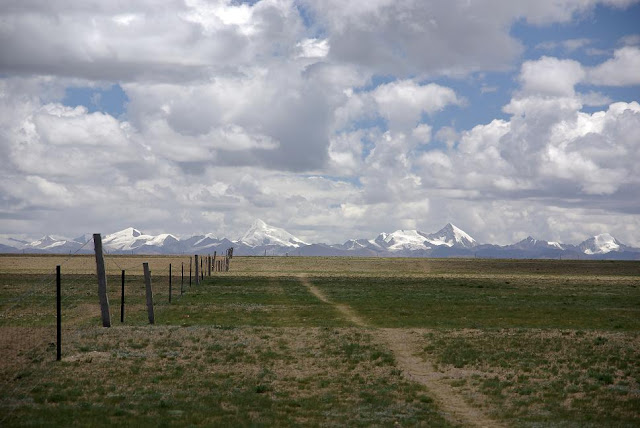 And for the four hours or more it took to walk the open plains to a good campsite, this was our view of the eastern horizon. 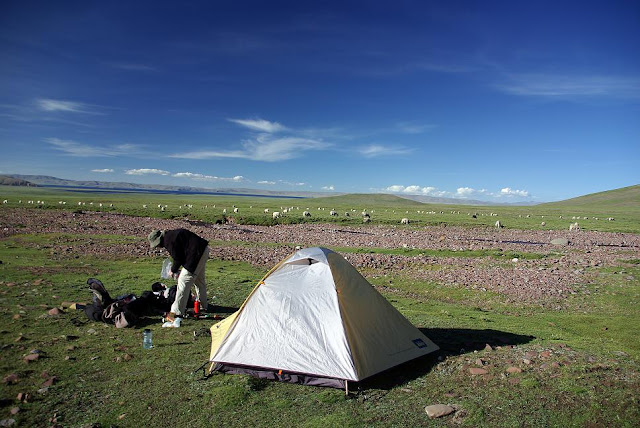 Beside a nice stream with Nam-tso in the background, we set up shop amongst the sheep and yaks. 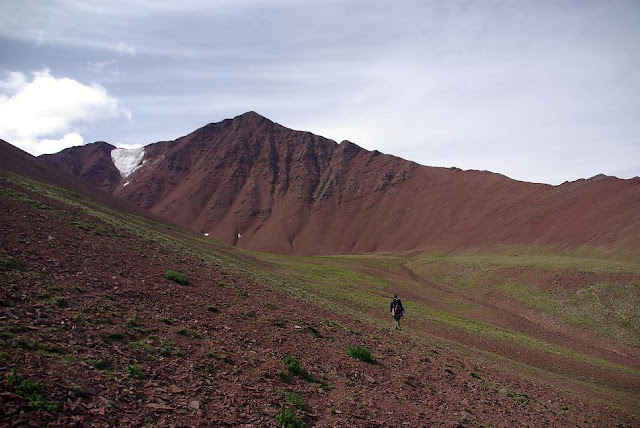 The following morning we began our assault on the mountain we'd chosen.  Checking in at 5791m (18,999.3 ft. for those doing the math), this is Mount Kong La, maybe.  (Based on the sparsely labeled map we had, I'm only guessing this is Kong La, or at least its brother across the valley.) 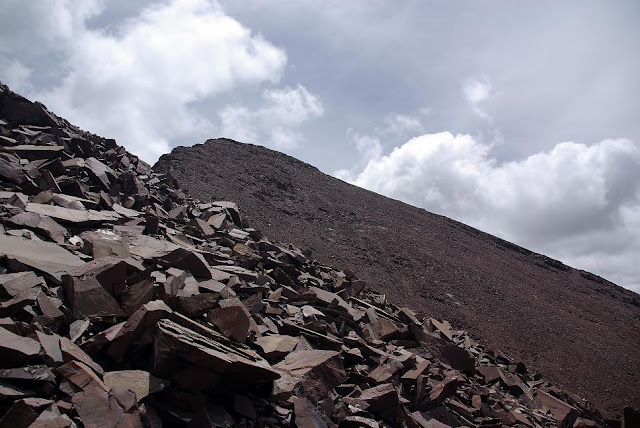 The going was not easy.  Like trying to climb a sand dune, the rocks just slipped out from underneath your feet, making your already oxygen deprived muscles work five times as hard to take a single step.  Near the top it was literally take ten steps, then take a ten minute break to recover. 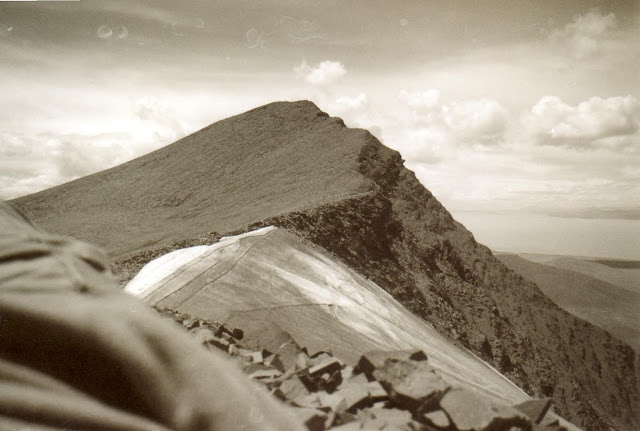 Wanting to make a snow angel, I visited the patch of snow after climbing the peak but was sadly disappointed.  What I thought was snow was actually a block of ice sprinkled with snow, and if I'd tried to make a snow angel I would have slid down the side of the mountain to my death.  Snow angels are supposed to be fun!

Exhausted from the climb, that night we slept soundly, and the following morning headed back to the hive.  As we walked that day, rainstorms swept over us, one of which you can see making its way over the lake above. 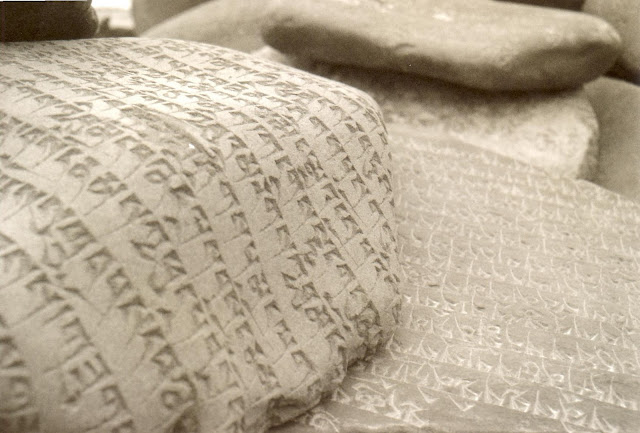 The Tibetans have prayer everything: prayer flags, prayer wheels, prayer money, prayer yak skulls, and here are prayer stones.  There was a lengthy, knee-high wall made of these.  God – wait, Buddha - only knows how long they took to chisel. 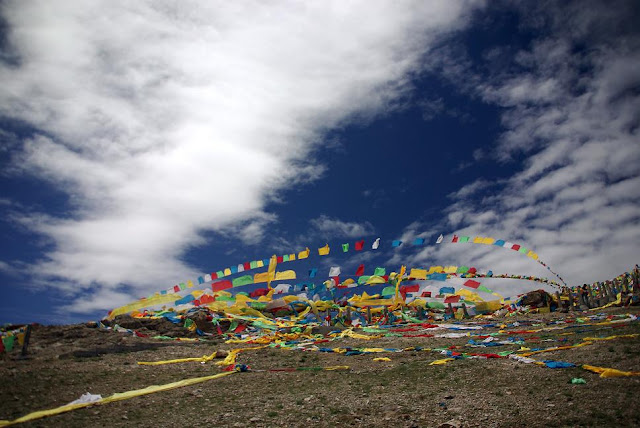 Strung across everything, bushes to mountain tops, roofs to cairns, synonymous with our travels in Tibet was the prayer flag, seen blowing in the wind above.  Each of the colorful pieces of cloth has a prayer written on it, and with the same intent as incense and candle smoke, what's written is caught in the breeze and sent heavenward for the gods to hear.  A bit more subtle than speaking in tongues.

After returning to Lhasa, we spent a day or two around the city before the Fragrant Fighter flew back to Europe and I returned to my university, but not before we took a peek at the symbol of Lhasa and former home of the Dali Lama.  Above is the Potala Palace with pilgrims making the clockwise circuit in reverence.
THE END