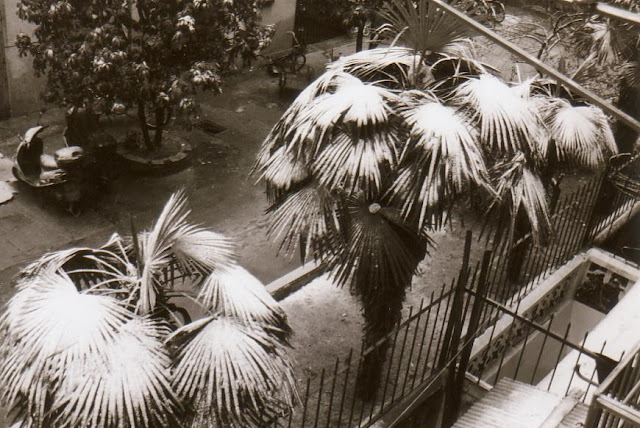 It snowed a total of three times in Nanjing while I was there, and each time the sky kind of sputtered for a while, dropped a little slushy snow, which promptly melted before the following day.  I guess the tropical trees outside my apartment coated in snow above are a reminder of what kind of climate I lived in.

This is not a war zone.  This is a designated “fireworks ignition area” in Nanjing.  Some people used it – as seen, but most others simply used the sidewalk in front of their house (not seen J).  It was impossible for me to walk past this place and not stop.  The idea it was a special place to come blow stuff up was too good to ignore. 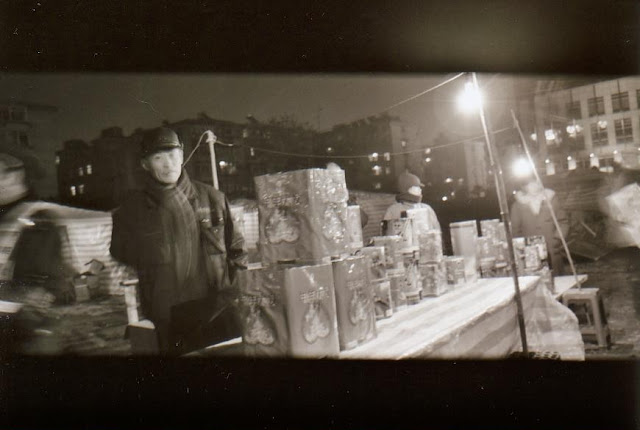 This is one of many fireworks salesman who plied their trade in the special fireworks area.  (Where else would a good salesman be?)   You have to love the giant boxes of rockets he has for sale.  Just like the other companies around the world who put on fireworks shows, I often wonder what these people do outside of national holidays or Chinese New Year…

This is the Fuzi Miao area of Nanjing once again, except this time it’s time to celebrate Sweet Dumpling Days, which start a week or so after Chinese New Year’s.  What better to go with giant explosions than large quantities of neon lights? 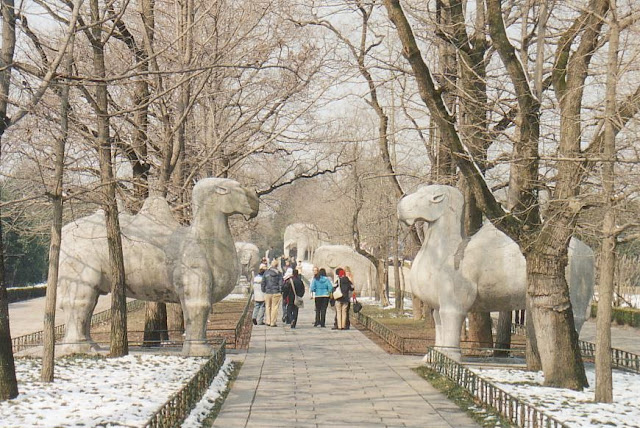 Chinese emperors do not like to go quietly, just check out the tomb of the terracotta warriors, a stone army like no other created to guard one of them in death.  Well, that is the most famous tomb, but many, many only slightly less extravagant tombs of emperors exist in China and one of them is in Nanjing.  The thing that really gets me is that the real location of the dead emperor’s body remains a mystery so no one will disturb his “sleeping” soul (and steal the horde of valuables he is buried with).  In other words, people slaved their whole lives to build a tomb so the emperor would not be buried there.  Above is the path leading to the Ming Xiaoling tomb in Nanjing, a procession of stone animals – both real and imaginary – guiding those paying their respects to his burial mound.

Near the Ming Xiaoling “tomb” is a place called Meihua Shan, or Plum Blossom Mountain.  Plum blossoms hold a special place in Chinese hearts and in their poetry, and so every year, just at the time winter is beginning to warm, these trees blossom, bringing out the Chinese in droves to smell their fragrant flowers (and to be photographed amongst them). 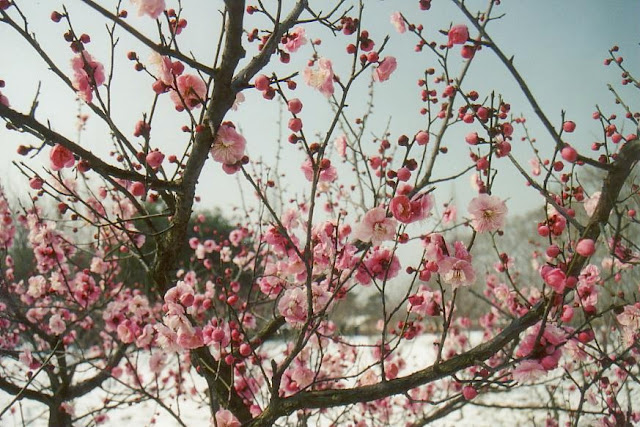 I had to agree, they were quite lovely.  (But don’t take any, as I learned, you’re an evil person if you do.  They make good tea, though… or so I’ve heard.)