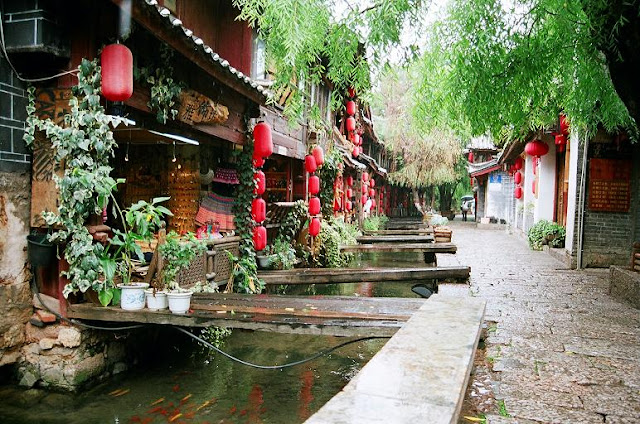 Yunnan is located in the most southwestern part of China and his home to China's largest variety of minority groups as well as landscapes.  Above is the Old Town section of a small city called Lijiang - complete with fish in the stream. 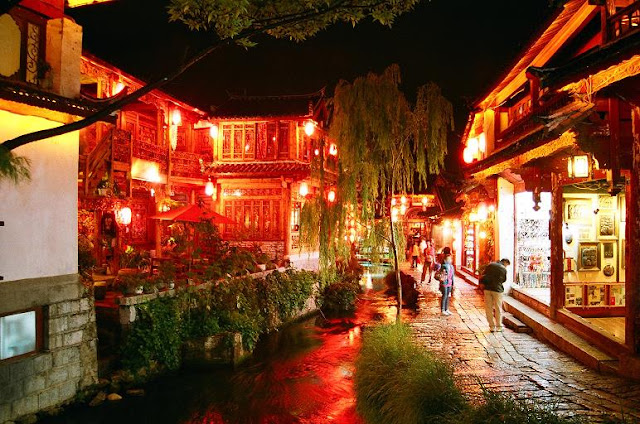 Night scene from another part of the Old Town. 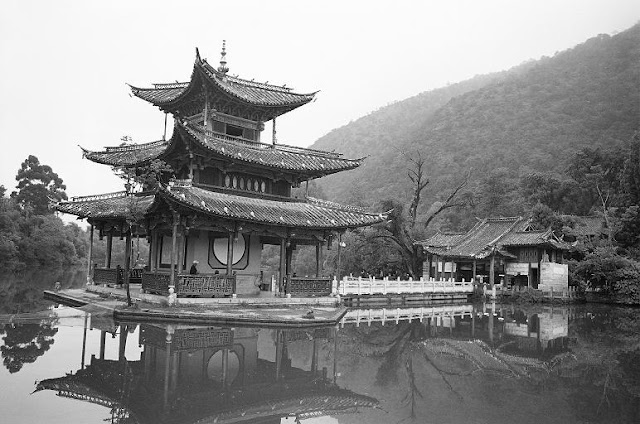 Behind this nice temple in Lijiang is a mighty and beautiful mountain.  But you’ll have to imagine it, the fog too much on this day. 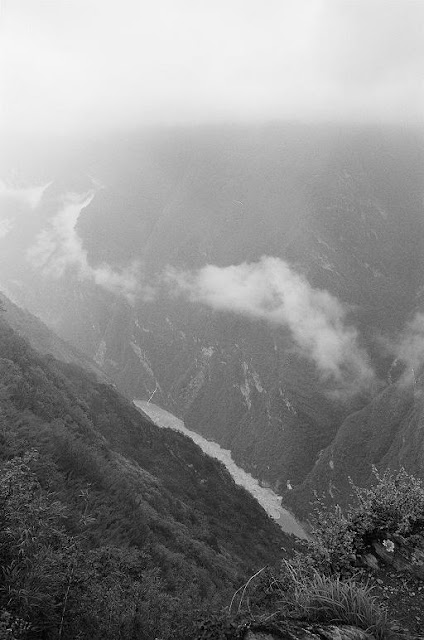 After Lijiang I traveled to a place called Tiger Leaping Gorge.  The mountain peak covered by the clouds (still!!) is in the neighborhood of 3000m (10,000 ft.) higher than the river, which is the Yangtze. 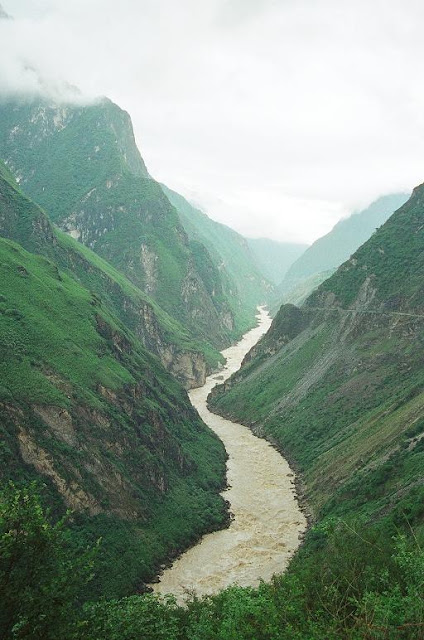 Photos do not do this river or view justice.  Here the Yangtze looks like a stream piddling through a valley...  But it’s not, really, photos are unable to capture the moving power. 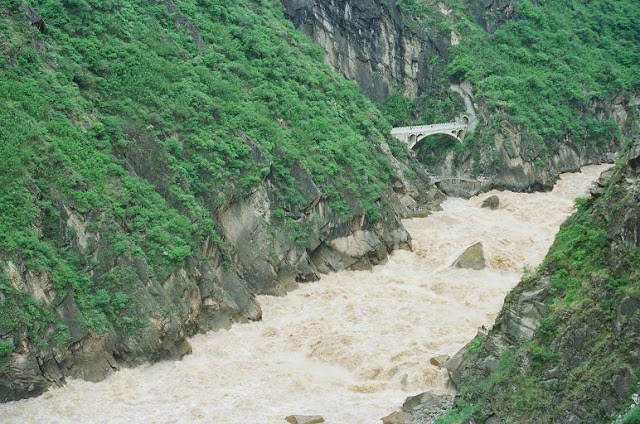 This photo does it a little more justice.  The bridge in the background is not a pedestrian bridge.  Busses use it, just to give you an idea of the scale and power of the water. 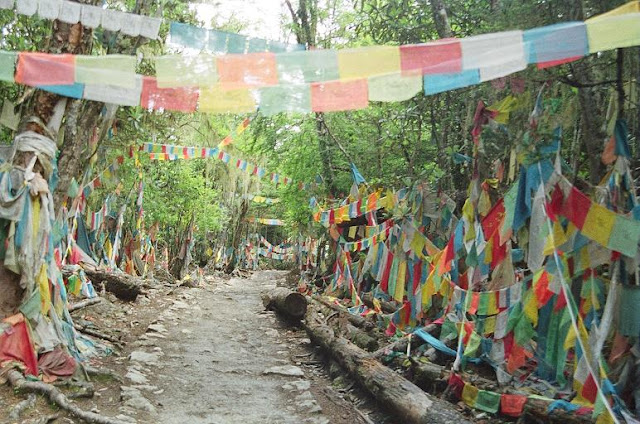 From Tiger Leaping Gorge I traveled to a place called Meilixue Shan, which means "Beautiful Snow Mountain".  In the border between Tibet and mainland China, there were plenty of prayer flags and horses on the trail. 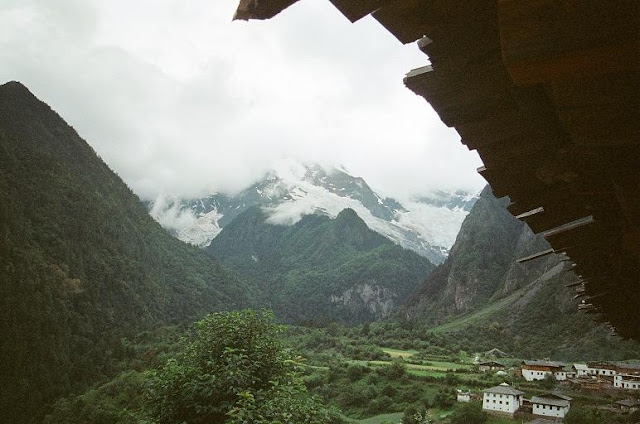 This is Meilixueshan as viewed from my wooden hut in this little Tibetan village.  Those indeed are glaciers coming down the side of the mountain. 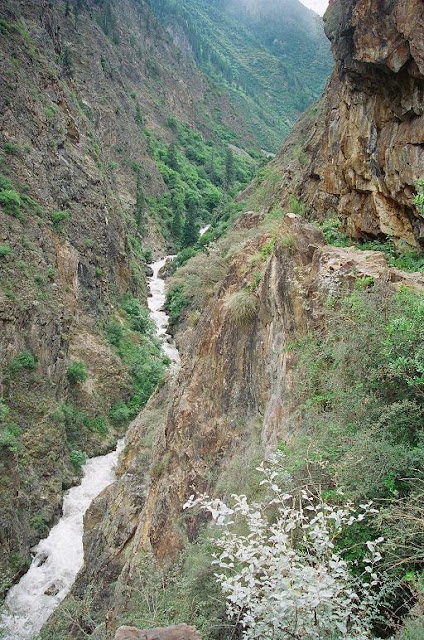 I first hiked to one of the glaciers, and the next day hiked down the mountain, going an “illegal” route meant only for locals.  At first I couldn’t figure out why it was off-limits, but after a while it became obvious.  For almost five kilometers (+/- 3 miles) I walked a path as wide as my shoulders, a wall of rock to my left and certain death to my right, a long tumble into this stream awaiting a wrong step.  You can just see a piece of the trail on the right, the true danger of the situation difficult to capture in one shot. 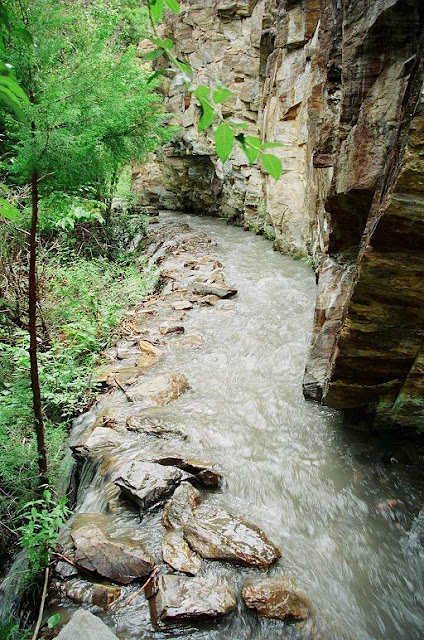 And if the going wasn’t precarious enough, torrents coming down the mountain occasionally crossed my “path”, making this stone-stepping exercise all the more dangerous, one wrong step truly meaning death. 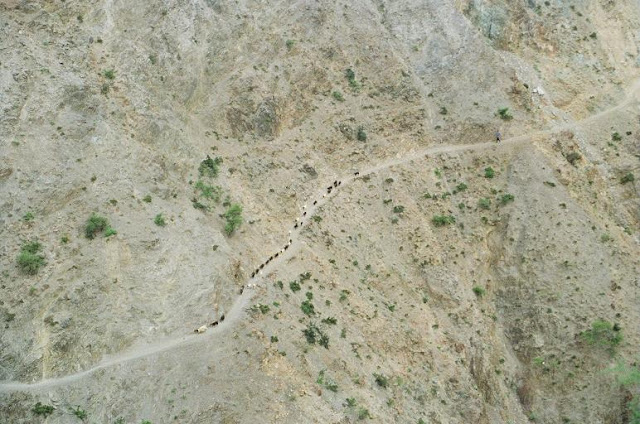 After crossing the Mekong River (yes, it goes through China, as well), I found myself in goat land.  But what they ate, I don’t know, the pickins’ looking slim. 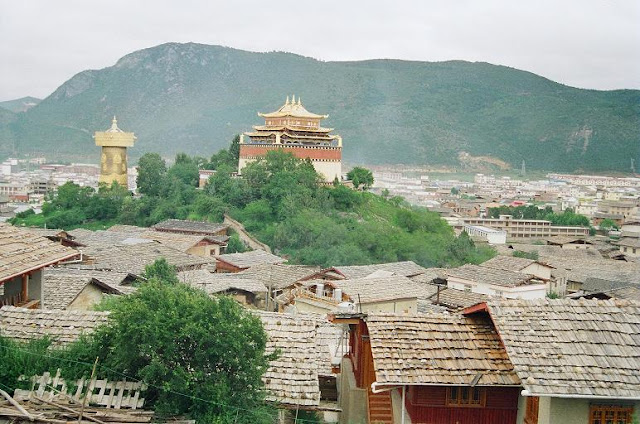 Back in “civilization”, this is the Tibetan town of “Shangri-la”, literally, though it was the Chinese who changed the town’s name to draw tourists.  The giant bronze thing beside the temple is a prayer wheel. 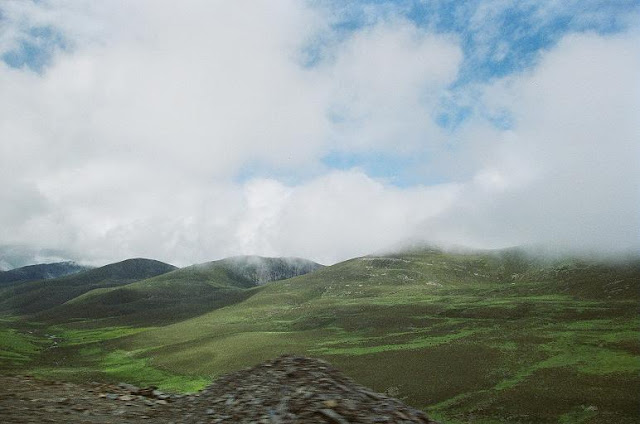 Some scenery taken from driving through the mountains of outer Tibet. 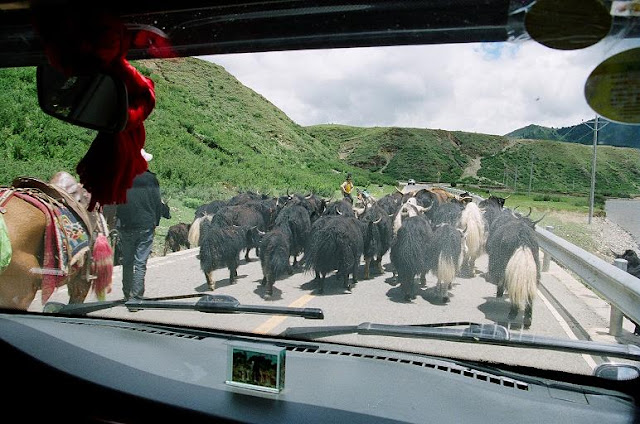 More scenes driving between villages and towns.  This is a Tibetan herdsman and his yaks. 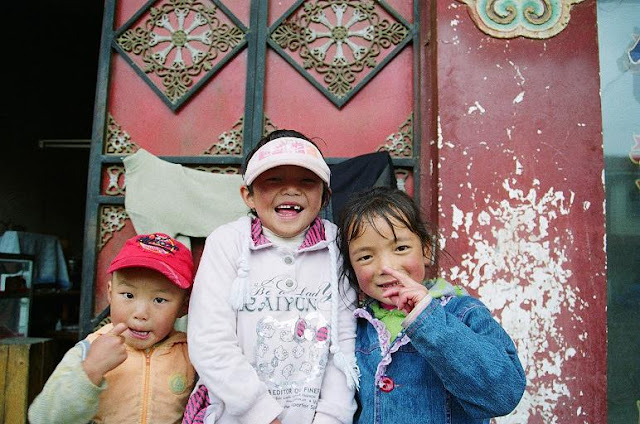 Some kids who wanted their photo taken.  Does it get any cuter? 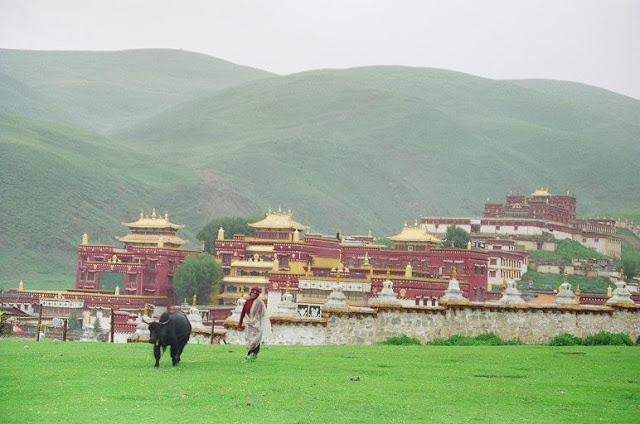 This is the monastery in the Tibetan village of Litang. 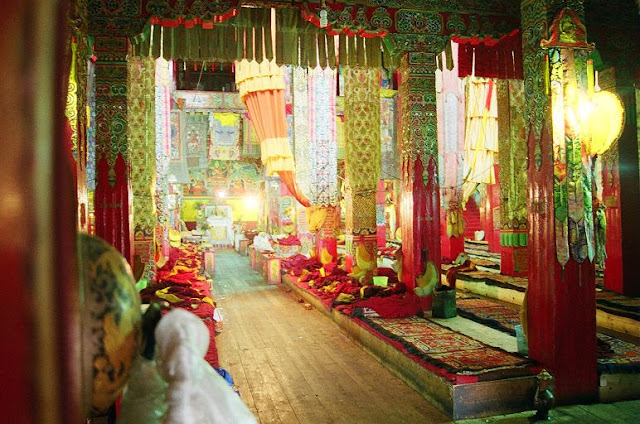 And inside one of the monastery’s temples… 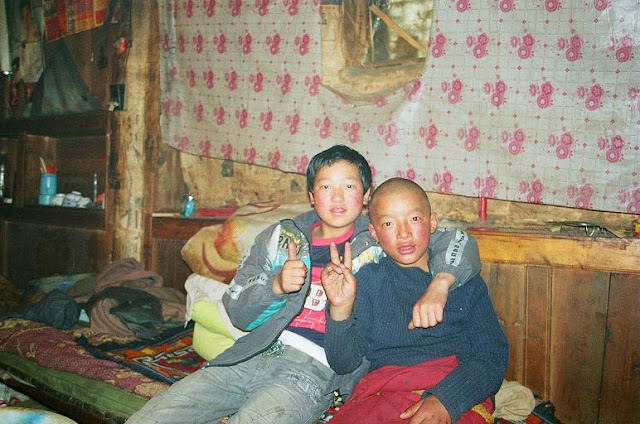